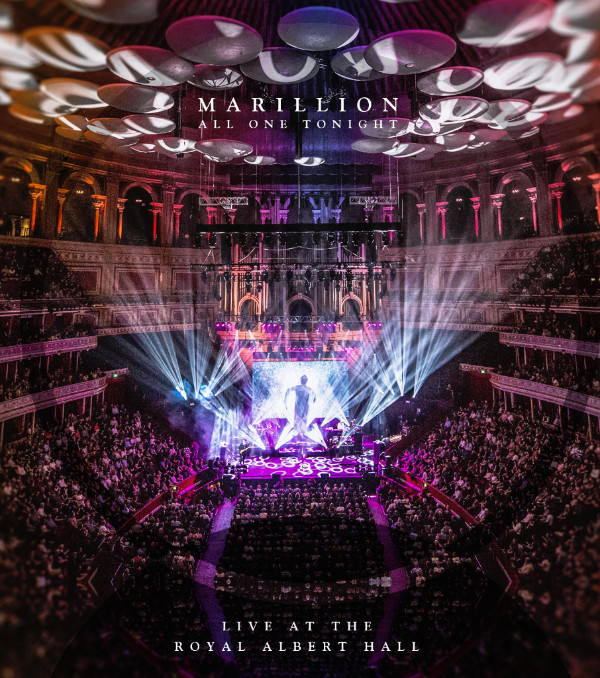 On October 13, 2017, Marillion played at the Royal Albert Hall for the very first time. The concert was sold out in a split second and the audience, travelling from all over the world, was rewarded with an incredible Marillion show.

In two parts, “All One Tonight (Live At The Royal Albert Hall)” firstly showcases the band’s acclaimed 2016 studio album “F*** Everyone And Run (F E A R)” in full. Accompanied by an awe-inspiring light show and films, Marillion perform their incisive and era-defining zeitgeist with unparalleled passion and power.

The second half introduces In Praise Of Folly and guests, a string quartet with flute and French horn that throughout the rest of the show inject an extra depth and emotion to some of Marillion’s best-loved live material.

British rock band Marillion, founded in 1979, have become one of the most commercially successful neo-progressive rock bands of the 1980s and are still one of the most outstanding representatives of their genre. Throughout a celebrated career that has spanned almost four decades they have released 18 studio albums and sold over 15 million copies worldwide.

The concert film “All One Tonight (Live At The Royal Albert Hall)” was directed and edited by Tim Sidwell and recorded and mixed by Michael Hunter. The Blu-ray comes with exclusive bonus material such as a 35mins documentary and the sensational screen media.

Marillion’s landmark performance at London’s iconic concert hall will be released in stores worldwide on a series of formats via earMUSIC on July 27th, 2018 and is available to pre-order now:
https://marillion.lnk.to/AllOneTonight