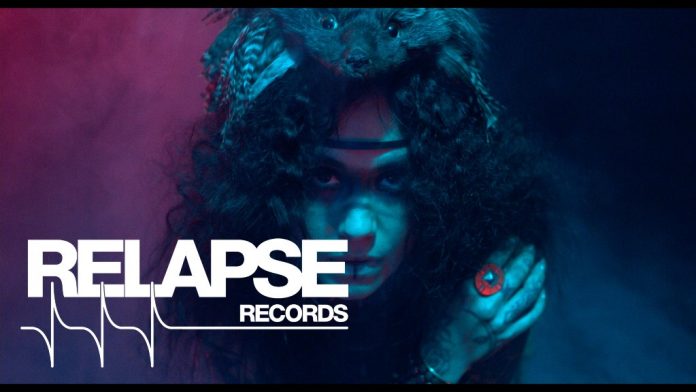 Today, the band is pleased to unleash a five-and-a-half-minute “making of” clip giving viewers an up-close-and-personal, behind-the-scenes look at the video’s creation from concepts to costumes.

Elaborates guitarist/vocalist Scott “Wino” Weinrich, “This Majikal story of love, lust, and inter-dimensional travel was realized in both dream and reality by the collaboration and wizardry of Jimmy Hubbard, THE OBSESSED, and Mr. Danger. The imagery of the story was executed by the savage energy of Sam and the stunning, exotic beauty and talent of Rachel Watson. It’s all about passion, power, and dreams that do not die.”

THE OBSESSED has released Sacred, their highly-anticipated first album in over 20 years, worldwide on CD/LP/DLX. 2xLP/Digital via Relapse Records. Physical order and bundles are available via Relapse.com HERE and digital downloads can be ordered by Bandcamp AT THIS LOCATION.

THE OBSESSED is currently embarked on a US headlining tour which will wind its way through more than three-dozen venues, ending on May 20th in Baltimore, Maryland. Karma To Burn is serving as direct support throughout the tour while Fatso Jetson and Lo-Pan will provide additional support on select dates. Additionally, THE OBSESSED will join Weedeater and labelmates Primitive Man on five West Coast shows during the run from April 27th through May 1st.