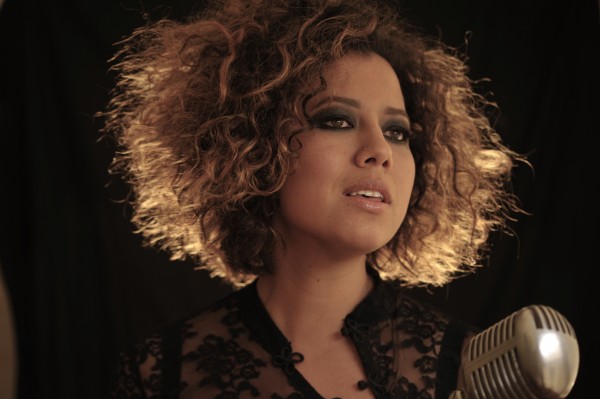 Aussie teams up with Blues legend for covers album.

Powerhouse singer Mahalia Barnes, one of the most impressive female vocalists to come out of Australia, and her band The Soul Mates have teamed up with American blues-rock guitarist Joe Bonamassa to release an album of Betty Davis covers called Ooh Yea! – The Betty Davis Songbook. Scheduled for release on 23 Feb 2015, it explores tracks from Davis’ sexy, raw funk records of the early ‘70s.

Mahalia Barnes, eldest daughter of Australian rock legend Jimmy Barnes (Cold Chisel) and recent contestant on The Voice, has been around music her whole life but has always been most heavily influenced by soul, blues and rock n’ roll. Throughout the years she was exposed to Ray Charles, Otis Redding, Wilson Pickett, and Ike and Tina and later, became enthralled with artists like Aretha Franklin, Donny Hathaway and Stevie Wonder as well as grittier singers like Ann Peebles, Betty Lavette and Betty Davis.

Last year, Mahalia was in the studio with internationally acclaimed super-producer, Kevin Shirley (Joe Bonamassa, Journey, Divinyls), when she played Kevin some Betty Davis tracks as a reference. It was then that the idea to record the album Ooh Yeah – The Betty Davis Song Book was born.

“I have been a fan of Betty Davis for years now,” said Barnes. “I can remember the first time I heard her stuff, I was hooked! She is wild, free, nasty, raw, funky, intense, powerful and sexy. I love the instrumentation, I love the backing vocals. I’ve always wanted to make a record that sounds like what she was doing.”

Ambitious? Undoubtedly. Left of centre? Perhaps. But the result? Nothing short of spectacular. Tackling some of Betty’s all-time greatest tracks, it’s safe to say that Mahalia holds her own… and then some! Kevin Shirley enlisted Bonamassa to lend his skills on the record. Heralded as one of the greatest guitar players of his generation, Bonamassa soars on this album.

“Making this album was a real joy. I love the realness. Recording it the way we did kept it really exciting and raw – no tricks or fix ups, old school and real. A perfect take is one that means something and feels great,” said Barnes.