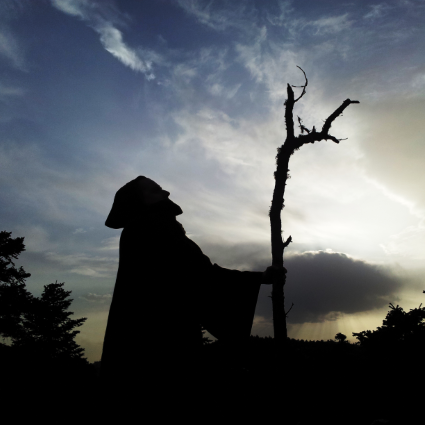 Formed some 21 years ago, Macabre Omen are finally ready to unleash their second record, Gods of War – At War, upon the world.

The reason for the years of silence between releases is simple: “The band is not a business so we always go at our own pace. A release is due only when the omens are right.” Explains lead vocalist and guitarist, Alexandros. “Even if it takes a decade.”

Over 60 minutes of pure black metal, Gods of War – At War is an expansive, epic endeavour, featuring choirs and even a eulogy written and narrated by Alexandros’ late father.

“I wrote the track From Father To Son shortly after my father’s tragic passing 3 years ago.” Commented Alexandros. “I found the recording on a dictaphone – he had written it for his father when he died back in 2005.”

“Gods of War – At War” has been ten years in the making; recorded at Priory Recording Studios in the West Midlands in the Land of the Angles. Produced, engineered and mastered by Greg Chandler under the supervision of The One over a period of six months and through the summer solstice of 2013 A.B. All drums and percussion recorded intermittently during the last two weeks of February 2013 A.B and engineered by T. J. F. Vallely at Eidola Studios.