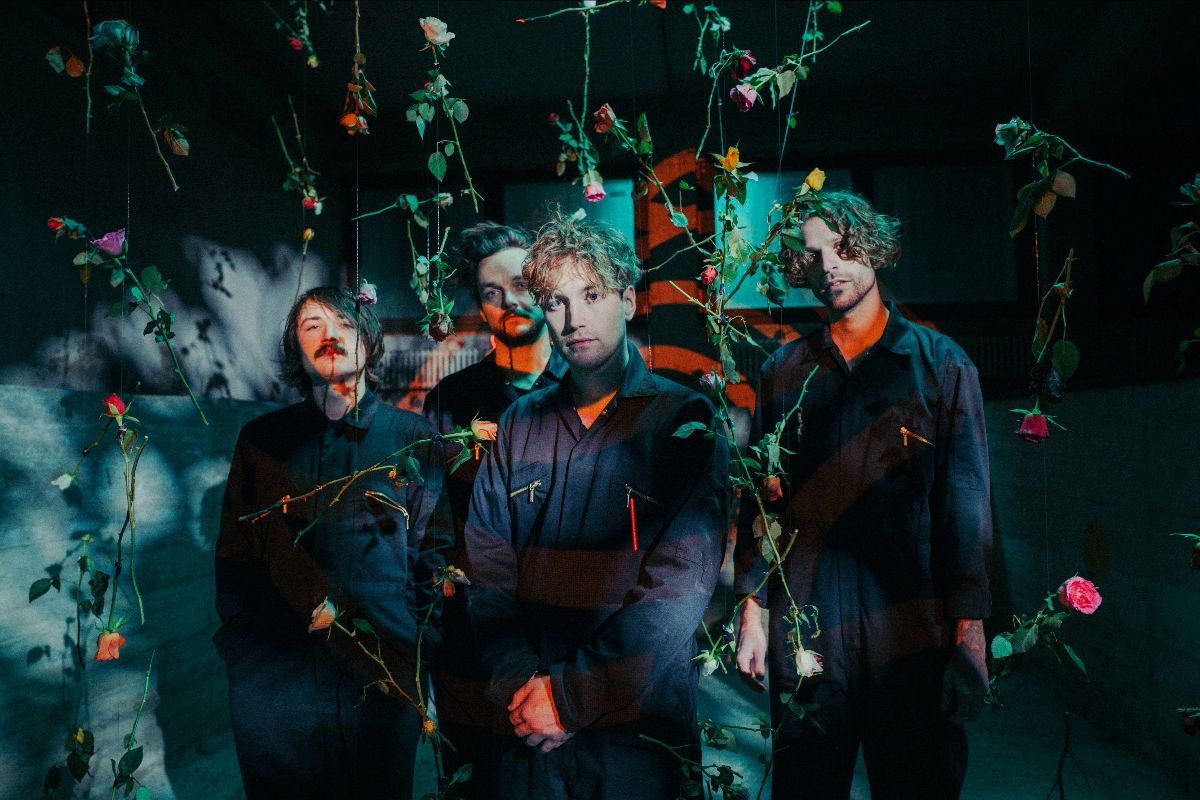 The emotive electronic-laced pop punk track was first written by Emmerich, the counterpart project of guitarist Moritz Hammrich, and has now been given the full Blackout Problems treatment with an explosive melody and cathartic vocals about the difficultly of upholding a relationship.

Regarding the single Mortiz says, “The song was written for my solo EP ‘Emmerich: Ufo Emo’ which comes out via Munich Warehouse on October 8th, but during lockdown when I recorded this song with my bandmates in Blackout Problems I realised that it would fit perfectly for us. I don’t know if the lyrics are written for a person I know personally or if they describe the status quo we as band were in. This ambiguity made us decide to release the song as Blackout Problems & Emmerich.”

About the band he continues, “There are highs and lows, we fight, we’re frustrated and everything you’ll find in every relationship is there. We respect and love each other. We want to pull on the same string, try everything we can with this band and try to overcome dark times together. The lyric, ‘All I am is about you’, felt like unconditional commitment to a thing or person when I wrote it. All we achieved these past years would not have been possible without the support of each other. Our lives are intertwined through writing and touring together so sometimes you just want to take each others hand and run away.”

‘AMILYA’ is the first taste of new music from Blackout Problems following the release of their third album DARK released via Sony Music/Music For Nations in January 2021.

The highly acclaimed record blends the energetic intensity of Bring Me The Horizon and Enter Shikari with the melodic potency of Twenty One Pilots. The album examines the self-destructive nature of humankind, tackling themes of homophobia and hate, thematizes populism and climate change, but also tells stories about mutual respect and unswerving hope for change. It captures the weltschmerz of a generation and gives a voice to those who are willing to stand up for love, respect and social justice.

The four-piece have toured extensively across the globe, playing at festivals including The Great Escape, Rock am Ring and Rock im Park and 2019 year they completed a forty-date European tour as support act to Royal Republic, followed by their first headline international tour with performances in England, France, Holland, Czech Republic, Hungary, Austria and Switzerland.

The band will be hitting the road for the fist time since the pandemic began with a headline tour of Germany in December 2021, and will visit the UK to play Download Festival in 2022.