Lurkers In The Shadows 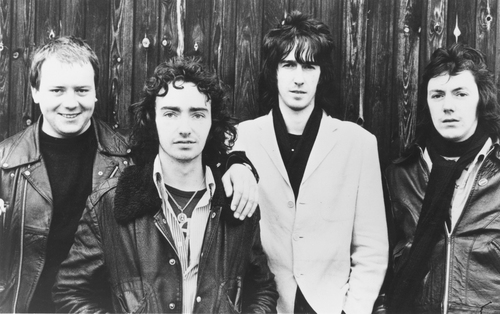 August 3, 2017
Reading time: 1 min.
Facebook
Twitter
Pinterest
WhatsApp
Linkedin
Email
Print
Telegram
Copy URL
By Andy Thorley
The Lurkers reveal the brand new lyric video for their very first single “Shadow”, which is being reissued on 7” on 28 July via The Arkive, along with a 5-CD Box Set to celebrate their 40th Anniversary.
The track used for the video clip is the album version of the song, which was on the Fulham Fallout album. The band have never made a video before and they brought in the team of producer Luis Hindman and animator Sufiyaan Salam via Creative Commission to work their magic. They say about the video; “The idea for the concept was inspired by the artwork for the single. The design introduced a tone and colour scheme which was built upon with fast paced energetic lyrics which correspond with the tempo of the song.”
Pete Stride from The Lurkers described it as; “a slightly deranged lyric video…and that’s just fine.”
The video was premiered by Clash, who wrote; “Becoming the first band to be signed to Beggar’s Banquet, The Lurkers arguably kicked off one of the most important stories in British independent music.”
Previous article
Walk With Tombs
Next article
Buy Some Junk