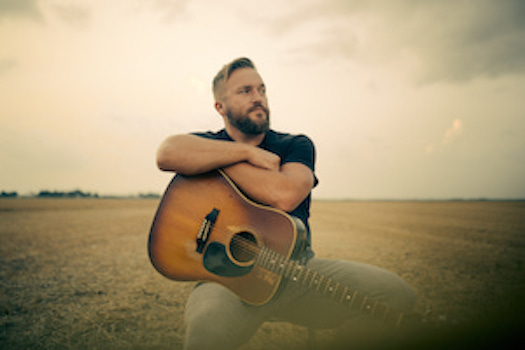 Big Yellow Dog Music’s Logan Mize is taking another step into Praireville – the fictional town that inspired his entire upcoming album – and sharing some small-town life advice in the process with the release of his brand-new song, ‘If You Get Lucky,’ out today (10 Sep).

Written by the Kansas native alongside Daniel Agee and Mize’s longtime collaborator, Blake Chaffin, who helped dream up Prairieville more than a decade ago, the inspiring tune lays out the important lessons learned while growing up and navigating your first broken heart.

LISTEN TO ‘IF YOU GET LUCKY’ HERE

“‘If You Get Lucky’was the last song we wrote for the album, right at the tail-end of everything, explains Mize. “We were going in the studio, and we felt like we were missing a solid, up-tempo track – like, if you were listening to Tom Petty’s ‘Into the Great Wide Open’ record, what would it sound like if ‘Learning to Fly’ wasn’t on there? It just wouldn’t be right. That’s kind of where the idea came from, and it ended up being a really collaborative process. All three of us – Dan [Agee], Blake [Chaffin] and myself – all had their own little part in creating it.”

This track is the latest in a line of sneak peeks into Prairieville, a place Mize and Chaffin have been writing about since they were Nashville newcomers more than a decade ago that draws inspiration from their own tiny hometown upbringings and serves as the backdrop for every song off Mize’s upcoming album. Following previous offerings from the project – including the reflective ‘It’s About Time’ and the debut release ‘George Strait Songs,’ a “breezy ode to country roads” (CMT) – ‘If You Get Lucky’ is the Kansas-bred crooner’s next puzzle piece to build a full picture of Prairieville, as each track on the forthcoming album peels back a layer and reveals new aspects of his fictional town.

Fans can pre-order and pre-save ‘Welcome to Prairieville’ HERE and keep up with all that’s coming from Logan Mize by visiting loganmize.com.