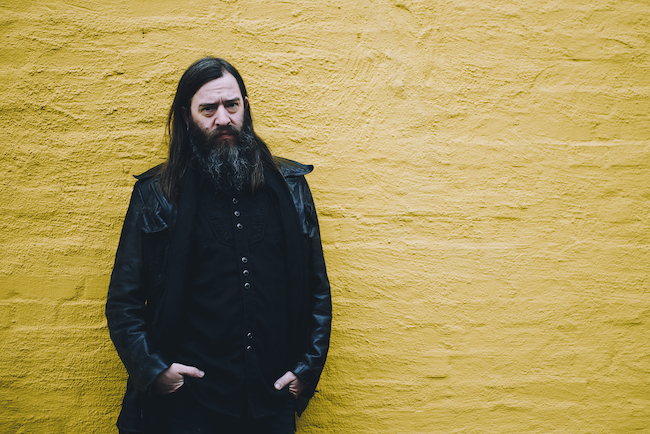 December 25, 2019
Reading time: 3 min.
Facebook
Twitter
Pinterest
WhatsApp
Linkedin
Email
Print
Telegram
Copy URL
By Andy Thorley
Norwegian troubadour Torgeir Waldemar will release his new album ‘Love’ through Jansen Records on 17th January. Produced by Anders Møller and Torgeir Waldemar and recorded at Subsonic Society Studios, Oslo, ‘Love’ follows the loud, fuzz-drenched ‘No Offending Borders’ (2017) and his melancholic debut ‘Torgeir Waldemar’ (2014).
Following first single “Leaf in the Wind’, Torgeir has now shared ‘Heart and Gold’, a new track taken from the upcoming album. Of the soul-searching song, he said: “It is a look in the mirror on how I’ve dealt with love throughout the years and how I feel about where I’ve ended up in life”
LISTEN TO ‘HEART AND GOLD’ HERE AND ON SOUNDCLOUD
Inspired by Brian Wilson’s ‘Love and Mercy, Waldemar reflects on the album’s title, “Love is the driving force behind all our actions. But love isn’t necessarily beautiful or pleasant – it contains too much – everything from self-destruction to crimes of passion. We need to take care of one another, but also the world around us. We’ve been acting out of love, even if it’s love of money or status. As a consequence, the oceans are dying and the forests are burning. Is this the way we show future generations what love is… Love requires commitment and also has consequences.”
Having played in several semi-successful Norwegian rock bands while also working at an institution for people with drug problems, Torgeir Waldemar had seen the darker sides of both the music industry and life in general by his mid-30s. Anxious to try something else and inspired by a batch of new songs, going solo seemed like the obvious choice. The three-track EP ‘Take Me Home’ was released in 2012 and, although it didn’t catapult Waldemar to stardom right away, it made some waves eventually attracting the attention of local record label Vestkyst Records. It also landed him support slots with several more famous artists, as well as a handful of festival bookings.
For those who hadn’t already been paying attention, Waldemar’s self-titled debut album seemingly came out of nowhere in 2014 and took Norway by storm. The critics went wild and a few, very loose, comparisons with Neil Young, Gene Clark and the Laurel Canyon scene followed. The album spawned an unlikely underground hit with ‘Streets’ and Waldemar was nominated for the Spellemann Awards (the Norwegian equivalent of the Grammys) in both ‘Country’ and ‘Newcomer of the Year’ categories.
Widespread touring ensued and, having signed a new deal with tastemaker label Jansen Records, Waldemar was ready to release his sophomore effort in 2017. A louder and more forceful album than his introspective and contemplative debut, ‘No Offending Borders’  addressed Norway’s inhumane immigration policy and right-wing government. The album landed him another Spellemann nomination and launched Waldemar’s career outside Norway with rave reviews in the UK, Germany and Benelux.
This summer Torgeir Waldemar recorded his third full-length album, ‘Love’. A meditation on love and its wonderful and terrible aspects, the album is Waldemar’s most ambitious work to date.
Tracklisting:
1. Intro
2. Leaf in the Wind
3. Contagious Smile
4. The Devil Beats His Wife (Interlude)
5. Truncated Souls
6. Meeting the Indians (Interlude)
7. Heart and Gold
8. Black Ocean
www.twitter.com/torgeirwaldemar
www.facebook.com/torgeirwaldemar/
www.instagram.com/torgeirwaldemar
Previous article
IT DOESN’T SUCK
Next article
THE BOYS ARE BACK IN TOUN