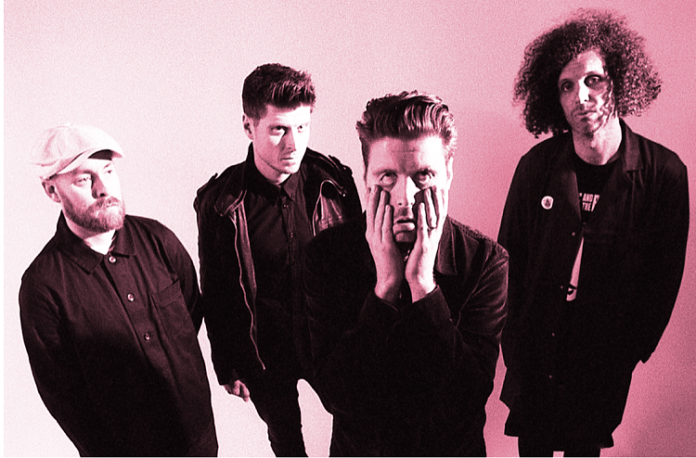 At its essence BAIT is a band that has become a long-distance relationship. For 18 months, the group have lived in the cloud, with a rope around their neck. We’ve all had enough of the restrictions, but such limitations are exactly what BAIT needed to breathe out, sink to the bottom and propel itself back into the light of day clutching a new record.

The BAIT sound is a mix of electronic dance, industrial and heavy metal punk rock, all held together by the raging lungs and spoken word of Michael Webster, who is previously known for indie-rock band Baddies, as bass player in Asylums, and co-founder of Cool Thing Records. Imagine Keith Flint duetting with Sleaford Mods and you’re somewhere close to BAIT vocals.

‘Sea Change’ is the debut full-length album from BAIT.  It’s a digital post-punk lockdown docu-record which watches the clock, gets the jitters, and lashes out just like the rest of us. It’s an internal monologue that accounts the anxiety, the struggles, the pressures experienced living by the sea during an international pandemic. Visualized and written by Michael Webster, creatively cultivated together with band members Jim Webster, Luke Branch & M R E who also produced the record.

Lead single ‘DRAMA DRAMA DRAMA DRAMA‘ is high intensity, fast paced – like you’re running from something in a video game, if you could express a panic attack using sound & vocals – this might be it! Sarcasm & humour lyrically, poking fun at the intensity. The single is accompanied by an exclusive lyric video which transports you into an anxiety induced smartphone nightmare created by Simon Moore at Burke & Hare.

“This is the most intense & frenetic track from the record. Many of us have an expectation to receive instant gratification, which was amplified through lockdown. This is a ‘note to self’ to snap out of the inpatient frenzy and that there are people that have bigger problems…  I really did see a man walking into town carrying a plastic bag with no trousers on” – Michael Webster