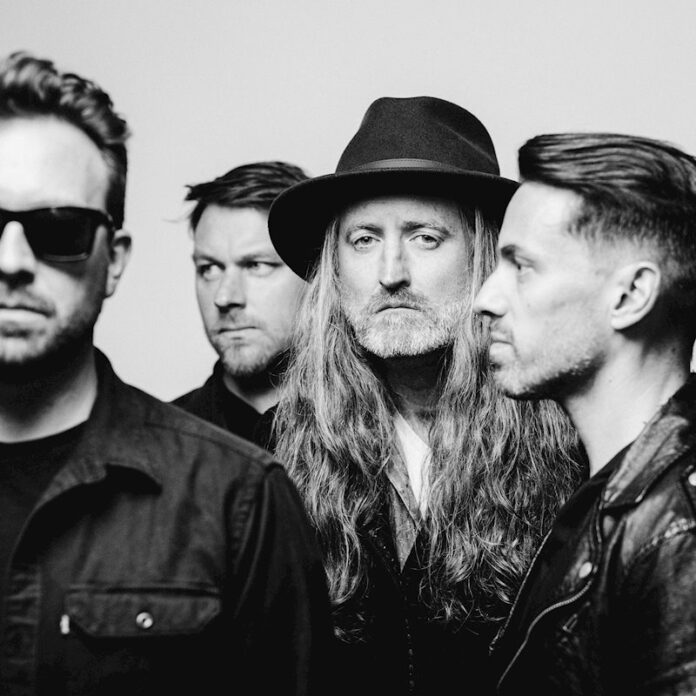 THE ANSWER release new single ‘Want You To Love Me‘ on 13th January, out on Golden Robot Records and 7Hz.The single’s available for airplay now.

Check out the video here: https://www.youtube.com/watch?v=g1i-dHz2uEI

Northern Irish rockers The Answer follow their storming comeback show at this year’s Planet Rock Festival with the release a second digital track on January 13th, 2023, titled Want You To Love Me. The new track is taken from their highly anticipated forthcoming album Sundowners, released on March 17th, 2023.

‘Want You To Love Me’, produced and mixed by rising British rock producer Dan Weller (Enter Shikari, Bury Tomorrow) showcases the band with a driving, grungy and raw sound, in keeping with the new direction of the album.

The band also recently announced a very special run of limited capacity UK and European album shows in March 2023 with both Belfast and London already sold out.
Says Neeson “When a friend asks me to give them a sneak peak of what this new album of ours sounds like…the first song I play them is “Want You To Love Me”. I just sit back and watch their heads start to bob up and down. This song is what we’re all about right now…dirty blues rock that hopefully makes you feel pretty damn good! The video captures the uncompromising energy of the song perfectly. I watched it 10 times when it came through to my inbox. It looks even better with a whisky in your hand too. Watch responsibly.”