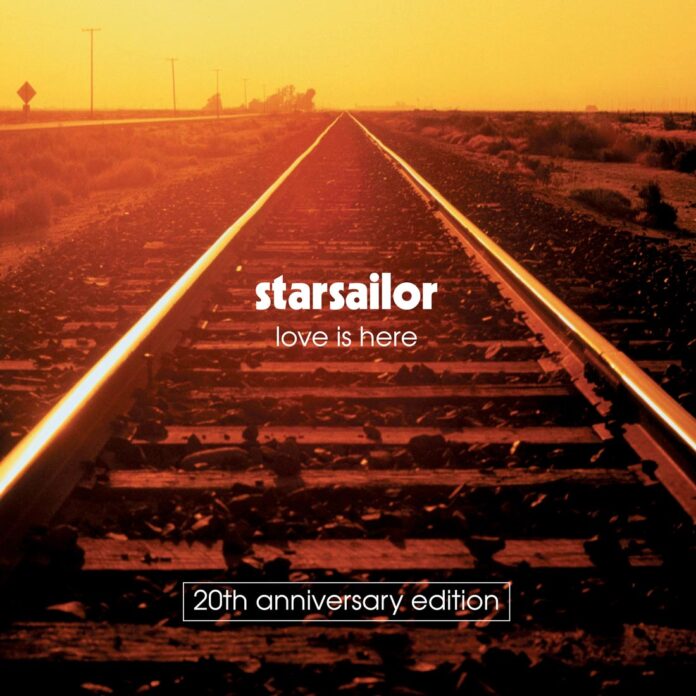 Starsailor are set to release a 20th anniversary Deluxe Edition version of their debut album, Love Is Here, on 28 January 2022. The new edition of the classic debut is available to pre-order now.

Originally released in 2001, Love Is Here saw the band establish themselves as a force to be reckoned with, reaching No 2 in the UK album chart and winning them a worldwide fanbase. The album featured five UK Top 40 singles (Fever, Good Souls, Alcoholic, Lullaby and Poor Misguided Fool), with Alcoholic hitting No 10 in the chart.

Frontman James Walsh on the new versions featured: “With the new tracks we didn’t want to simply re-record the same versions so we worked on new arrangements & new sounds. Way To Fall is much more understated and gentle than the original but it works really well and Good Souls envokes the powerful song it’s turned into after numerous big live performances where it’s had to take on a larger life than the subtle studio recording on Love Is Here.”