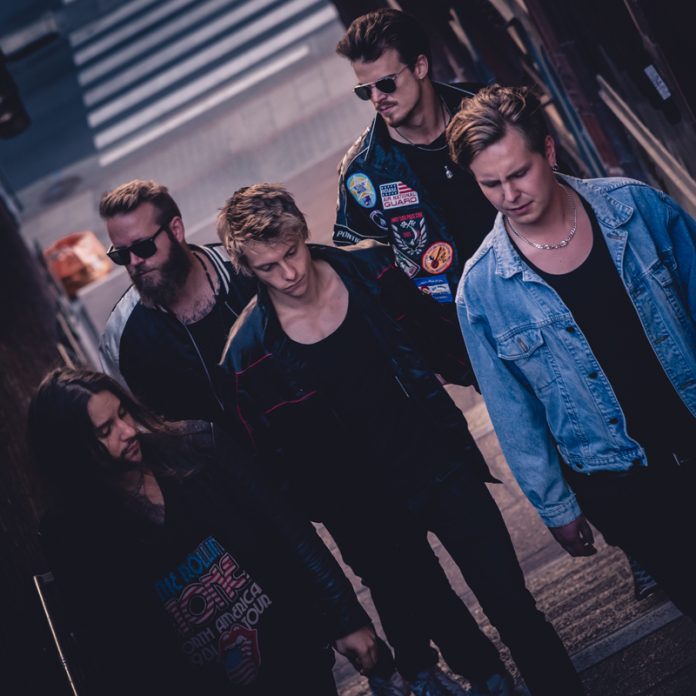 Swedish AOR band, HOUSTON, have released a brand new lyric video & single for the song ‘Dangerous Love‘, the track is taken from their forthcoming 5th album titled ‘III’, due out on November 24th via Livewire/Cargo Records UK.

Houston has been around since their self-titled debut album in 2010 and landed the number one in Classic Rock Magazine‘s AOR chart that year, up against outfits such as Unruly Child, Crashdiet, H.e.a.t and Nelson. The band then went on to play the festival circuit with appearances at Sweden Rock, Download Festival UK, Rock of Ages Germany as well as touring the UK with Swedish sleaze rockers CrashDiet.

Houston‘s second album “Relaunch” featured a cover song called ‘Runaway‘ that became the soundtrack to Red Bull‘s own Danny MacAskill’s Extreme BMX video ‘Imaginate‘ which has over 74 million views on YouTube and 600,000 plays on Spotifyand counting.

Together with renowned producer and ex MTV rocker Martin Karlegård (Reptile Smile) the band created ‘III‘. Martin Karlegård has worked with French Idol singer Jenifer, Swedish pop star Brolle Jr and world famous Swedish band ‘The Sounds‘ and has helped the band to add a mature and organic sound to their brand of classy and classic Melodic Rock.

As singer Hank Erix explains, “It’s been a very creative time with Martin, it’s great to find a producer that brings out the best in you for every single take. Personally I’ve never delivered such a vocal performance as on this album. I really found my sound and I have matured musically since our last album and especially since our debut in 2010. This is a new beginning for Houston.”