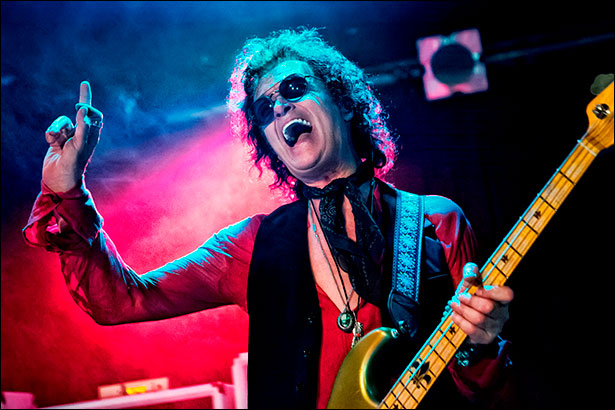 Shows in January and February

Glenn Hughes is pleased to announce his UK tour dates for January and February 2017.  Tickets for go on sale to the general public from 10am Friday 25th November and can be booked online from myticket.co.uk and www.seetickets.com. Special guests on all UK shows is Stone Broken.

Says Glenn, “I am happy to announce my UK and European tour.  My team have been hard at work to make this happen, so my band and I can perform on this tour to promote my new album Resonate. All love and see you down the front.”

Tickets on sale to the general public from Friday 25th November from myticket.co.uk, www.seetickets.com

A true vocal and musical icon of our times, in the past couple of years Glenn has concentrated on his solo career. Sold out crowds were the order of the day, while touring non-stop throughout 2015, with shows in South America, Europe, UK, Japan and Singapore.  In 2015 the Rock and Roll Hall of Fame announced that Deep Purple including MKIII, were to be inducted after several previous nominations over the years – a culmination of a 40+ years career which saw Glenn leave his indelible mark in several musical endeavours and bands, including Trapeze, Deep Purple, Hughes/Thrall, his collaborations with Gary Moore, Black Sabbath’s Tony Iommi and most recently with Black Country Communion and California Breed.