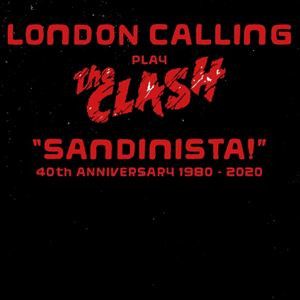 I first saw borrowed time at Rebellion a few years ago and was impressed with their energy and great set so it was a pleasure to support them recently at one of the last gigs at Route 44 prior to them moving further south of the city.

Borrowing Time are a hard working punk band who have some strong songs and can really play. You only have to look at their list of high level supports with the likes of UK Subs, Anti-Nowhere League, the Rezillos, and GBH to name a few, and their many festival appearances to know they are a band in demand.

Supporting a tribute band is never easy playing your own stuff and given the early curfew they are probably on a bit too early for most punters. They play their hearts out to the small but enthusiastic crowd with a set as tight as ever – solid tights drums, melodic bass, twin guitars that complement each other and great vocals and backing.

They begin with the excellent ‘Motion Sick’ and move through the set with Rob bouncing around barefoot and the band playing off each other. They have some excellent well- constructed tunes and put on a show. ‘Under the Radar’ ‘Stranded’ ‘One Day’, and the closing tracks ‘Day We Broke the World’, their anthem ‘Borrowed Time’ and the ‘Stranger’ made for a great set.

I did hear someone say to the singer later in the evening ‘thanks for entertaining us mate that was a great set’ and I couldn’t agree more. 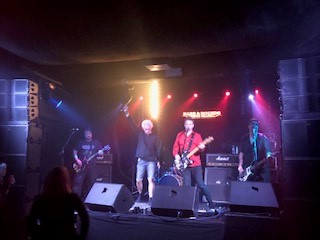 I can’t believe it’s 40 years since I saw the Clash at the Top Rank in Birmingham.

I must admit I don’t really do tribute bands and have tended to stay away from a vast majority of them but as the Clash are one of my favourite bands, and having already seen London Calling at the Asylum doing ‘Give Em Enough Rope’ I was interested to see how they might tackle Sandinista. (which is to many is the Clash’s least accessible album, I don’t really count Cut the Crap).

The nearest you can come to seeing The Clash perform live these days is to witness a tribute band and they begin with the ‘Magnificent Seven’ and continue to play the more accessible songs from Sandinista as they are meant to be played with every guitar lick, bass line, drum fill and backing vocals which is impressive.

Given the early curfew there is only time to quickly introduce tracks and swap vocals as they take us through both uptempo tracks such as ‘The Leader’, ‘The Call Up’, ‘Ivan Meets GI Joe’, and brilliant renditions of ‘Police On My Back’ and ‘Somebody Got Murdered’ and slower tracks such as ‘Junco Partner’, ‘Washington Bullets’ and ‘Charlie Don’t Surf’ which are met with equal enthusiasm.

The second half sees some of the greatest hits appear and the audience are lost in every word as they pile through classics such ‘London Calling’, ‘Janie Jones’ , ‘Train In Vain’, ‘Clash City Rockers’ ‘Tommy Gun’, ‘Should I Stay or Should I Go’ ‘Guns Of Brixton’ and great versions of ‘Stay Free’, ‘I Fought The Law’ and ‘Bank Robber’. Time is not on their or our side with the early curfew but their version of ‘White Man in Hammersmith Palais’ is a fitting end to a great night and their tribute to The Clash.

They do it justice and pulling off The Clash is hard enough given the playing ability they had especially Topper and just like the Clash, London Calling need and have a great drummer.

The crowd were lapping up each track and many were bopping along faithfully. Yes you could argue that it’s not the REAL Clash but if you can’t have The Clash anymore, and can get your head around that, then you will most certainly enjoy London Calling.