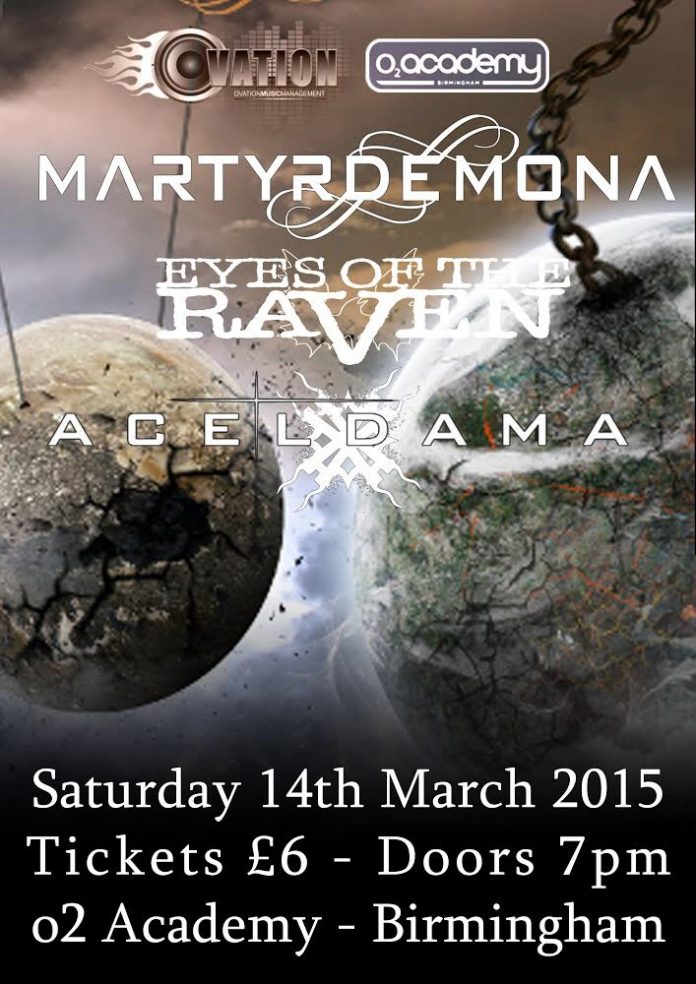 Ovation put on a stellar cast of Midlands acts

Martyr De Mona headline a March bill being put together by Ovation Music.

The fast rising local lads, fresh from headlining shows all across the region this year, will be playing a major gig at the Academy 3 on March 14 2015, in support of the brilliant “Impera” album

MVM has been a long time supporter of Martyr De Mona, having seen them in the very, very early days of the band in 2007, and their success has been well deserved.

Joining MdM on stage will be everyone’s favourite Black Country stoner rock crew Eyes Of The Raven, never ones to take themselves too seriously, no doubt Dave Horan and the boys will be playing songs from their new record – out later this year, with a new set promised in time for the Metal Crusade in December – and drinking a beer or three while they do.

Completing the high-quality show, which really showcases the depth of talent in the Midlands right now, are Brummie power metallers Aceldama. They band recently played the Jaegermeister stage at Bloodstock and have impressed with the new material they have aired at shows this year.