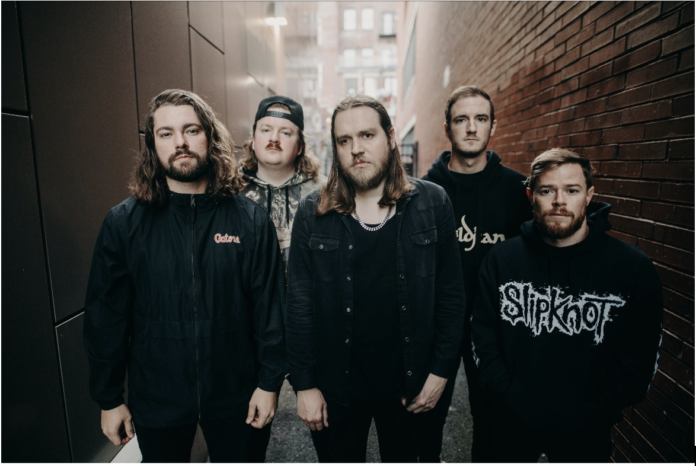 The video is comprised of footage from the road and offers a bird’s eye view into Wage War’s world — backstage, onstage, and interacting with the fans. The fast-paced clips will transport you to the last Wage War show you attended — or will give you a glimpse of what to expect if you’ve not yet experienced the band live and in the flesh.

“‘Godspeed’ is about finally reaching the last straw and ultimately cutting toxic people out of your life,” the band says. “It’s three minutes and six seconds of all gas, and no brakes. It’s heavy, it’s melodic, it’s energetic. It’s everything you’ve ever come to know about Wage War, cranked all the way up.”

The song lives on the band’s most recent album Manic, out now on Fearless Records.

The band will head overseas this autumn on the headline Manic Tour, kicking off 28th September 28 in Poland and running through 26th October in London. The Devil Wears Prada and Siamese will support. All dates are below.

On Manic, Wage War masterfully strike a delicate and well-crafted balance of grooves, riffs, melodies, and electronic flourishes. After amassing nearly 300 million streams and receiving widespread acclaim from Billboard, Loudwire, Modern Drummer, American Songwriter, Alternative Press, and more, the group delivered 11 anthems meant to connect through turbulence. Ultimately, Manic is a triumph and a definitive artistic statement for Wage War. It represents the apex of an intense creative journey. They built a diehard audience with Blueprints [2015] and Deadweight [2017] and through incessant touring. 2019’s Pressure exploded right out of the gate. “Low” piled on 24.9 million Spotify streams with “Who I Am” at 10.7 million Spotify streams and “Me Against Myself” at 8.4 million Spotify streams. Beyond bringing their total stream tally past a-quarter-of-a-billion, it landed on Loudwire’s “50 Best Metal Albums of 2019,”while Billboard praised the album’s levity. American Songwriter called attention to the evolution of the band’s songwriting and sound, while New Noise Magazine awarded it 4-out-of-5 stars. Elsewhere, Alternative Press raved, “Wage War are unapologetically changing the game on all fronts on Pressure.”