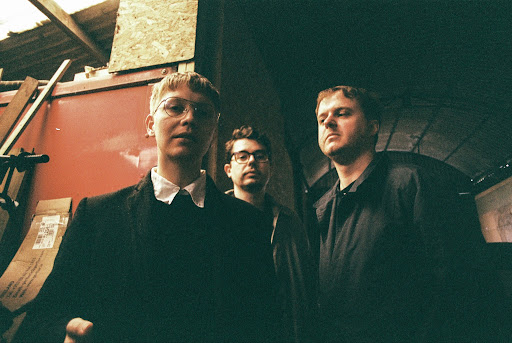 THE HOWL & THE HUM are pleased to present the official video for “Thumbs Up”.

Closing-out a benchmark year for the band, the alt/folk three-piece have teamed-up with celebrated Australian director Matthew Thorne on a gripping visual narrative to accompany their latest single “Thumbs Up”.

Filmed in an ex-coal mining commuter settlement in the heart of the Rhondda Valley of South Wales, the video follows the story of a young man and his struggles with, and love affairs with, small town life.

Intended as a partner story to the short film for The Howl & The Hum’s sensational “Boy Racer” (which Thorne also directed), the video explores themes of brotherhood, fatherhood and masculine connection. Framed against the backdrop of a dead-end town with characters of a vividly real nature, the “Thumbs Up” video bristles with all of the intensity, interconnectivity and drama that comes with life in a close community.

Speaking about how the video came about, Sam Griffiths of The Howl & The Hum says:

“I approached Matthew with the song saying we could approach the video with a lens on mental health, masculinity and silence, and he almost immediately answered with this idea encompassing the Rhondda valleys, where serendipitously both of our families are from, so there’s a bunch of odd connections there (family members living on the same street etc).”

While elaborating on the narrative behind the video, director Matthew Thorne says:

“It’s a story of everything that we all know in different shades in the pattern of growth as a young man. A story of late night takeaways (and the fights they cause), of watching Dad who never spoke about his feelings cry as he sings in the Men’s club, of watching your friend wipe the blood from his knuckles after he beat his hands against the brick wall of the Pub after his missus left because that’s how he watched his Dad do it, of Uncles who protect you, and Aunties who throw you out the door. Images of Grandma’s knitting set against porno, early loves, blow ups with close friends & facing fear.”

A one-off single that takes its cues from the works of Jeff Buckley to early Radiohead, “Thumbs Up” is a track of quietly resplendent folk/pop with an aching sense of melancholy. A cathartic confessional that seeps from the soul, it finds singer Sam Griffiths addressing themes of toxic masculinity and tokenistic gestures in the wake of personal tragedies. “This song was written in the silence after suicides of friends, during depressive episodes, and over non-existent conversations about how we communicate our feelings: our highs, our lows, our loves and losses” he says.

Featuring reverb-glistening guitars courtesy of The Howl & The Hum’s Conor Hirons, the track was produced and mixed by Jolyon Thomas (Slaves, Kendrick Lamar) at Mash and mastered by Kevin Tuffy at Alchemy. The single is the first original music to emerge from The Howl & The Hum since the release of their acclaimed debut album ‘Human Contact’ (released via AWAL in 2020). Marrying uniquely affecting lyrics to expansive musical backdrops, the band earned praise from the likes of DIY, The Line of Best Fit, Clash, Wonderland, Music Week and more. Also winning-over champions at radio including Huw Stephens, Annie Mac, Tom Robinson and John Kennedy; the band have accumulated north of 10 million streams on Spotify and counting.

Making head-turning appearances at festivals such as The Great Escape and SXSW, during their short time together the band’s pin-drop performances are earning them an essential live reputation. Testament to this magnetic appeal, earlier this year The Howl & The Hum graced the stage of the York Minster in their hometown and performed to a sell-out capacity crowd. One of the standout moment’s of the band’s career to date, The Howl & The Hum have now released the full performance for fans everywhere to experience and re-live. Listen to the ‘Live At York Minster‘ album here: https://thath.ffm.to/laym-album.oyd

“After a year of silence, a year after releasing an album that we couldn’t tour, a year of becoming frighteningly familiar with our furniture, probably the most immediately validating thing we’ve done was play the Minster. It’s the symbol of the city that we call home, it’s staggeringly beautiful, and even though the audience wore masks and weren’t allowed to sing or cheer, there was an energy in the room that gave us a chance to bring the unplayed songs to life.”

After a rapturously received tour of the nation in Autumn 2021, which included a two-date residency at Leeds’ Brudenell Social Club, The Howl & The Hum look to kickstart 2022 with a string of intimate dates in their January Revive Live Tour this month. Details below.