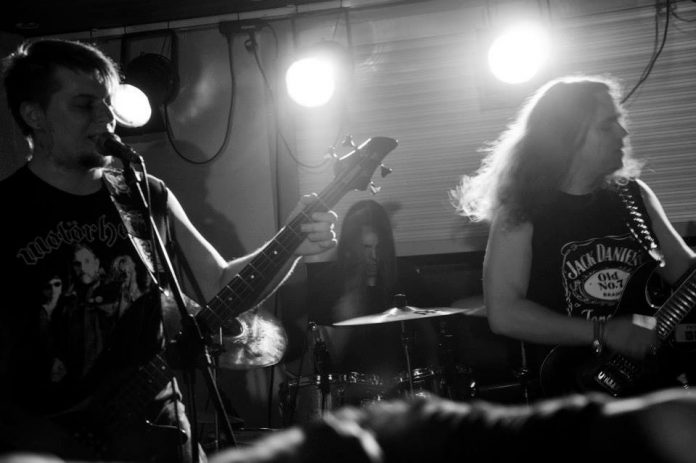 Our attempts to scour the worlds music scene continue with NekKralai – the name is something to do with non-castrated rabbits, apparently.

The story begins back in 2009, in a small town of Seredzius, Lithuania, two local drunks Gytis and Simonas decided that just working and drinking is not enough.

So they did what people do the world over. They decided to form a band. The name NekKralai came instantly, because it made absolutely no sense, meant something about non-castrated rabbits, but sounded like having something to do with necrophilia. However, they had a small problem. They didn’t know what exactly they wanted to play or how to play at all. Oops.

In several years learning and rehearsing in the cellar they finally found what music they wanted to create – a form of metal which would mix the anger and aggression of black metal with the speed and destructive power of punk, all drowned in sorrow of living in depressive environment of a post-soviet village.

After several changes in the band, and relocating to Kaunas city, the two original band creators met a new drummer – Simonas. The band then was reborn and started actively rehearsing and creating new material.

The result – an EP album „Kliudžiau“, that was recorded and self-released in 2014, which sets a milestone in the development of the band. It’s in their native tongue, but this is kinda cool.