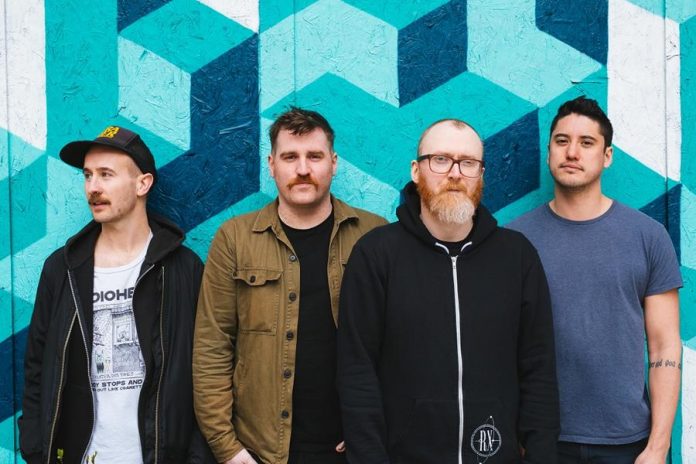 Today, Northern Irish rock band And So I Watch You From Afar (ASIWYFA) have announced a new single titled ‘Dying Giants’ from their forthcoming record ‘The Endless Shimmering’.

This will be the eclectic quartet’s fifth full length album following on from their widely acclaimed album ‘Heirs’.

‘Dying Giants’ follows the initial announcement of the album and the release of the band’s first new single ‘A Slow Unfolding Of Wings’, which earned plaudits from the likes of BBC Radio 1, BBC 6 Music, DIY, The Sun, Kerrang!, Clash, Team Rock and many more.

In support of their forthcoming album, ASIWYFA have also announced a 42-date EU/UK tour (dates below) to start this autumn covering the UK, and much of Europe. They will be joined by Gallops for all of their UK dates. ASIWYFA have a relentless thirst for touring and over the past 7-years they have tallied up almost 500 shows worldwide – including less common tour stops such as China, Russia, Ukraine and Belarus.

‘The Endless Shimmering’ is due out on 20th October 2017 and will be released via Sargent House (home to the likes of Russian Circles, Deafheaven, Marriages, Mutoid Man, TTNG, Boris, Chelsea Wolfe, Mylets, Tera Melos and more).

Previous article
Summon Up
Next article
Lowlives In High Places