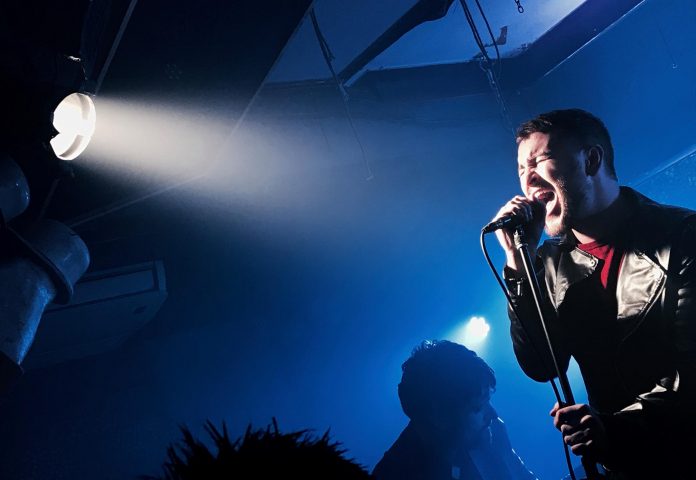 The Dark Light have released their spangling new single ‘She Likes It’, taken from their acclaimed debut album ‘Keep Off The Grass’, on the Unknown Pleasures label, distributed by Cargo Records; check out the video here:

The Dark Light were formed in London by single minded Italian guitarist Marco Simoncelli, who moved from Rome to London in 2013, determined to make outstanding music in the greatest rock ‘n’ roll city in the world. After a year and a half of trial rehearsals with potential vocalists, he clicked with talented scouse singer / songwriter Gerard Edwards and the duo began writing the songs that became ‘Keep Off The Grass’. In March 2016 impressive German drummer Henning Brand came on board, followed in May 2016 by East London born groove machine Sonny Moylan, and finally Italian guitar maestro Roberto Cicorella in July 2017. ‘Keep Off The Grass’ was produced by Shuta Shinoda and Marco Simoncelli in Hackney Road Studios and then mastered by John Webber (Bowie etc) at Air Studios.