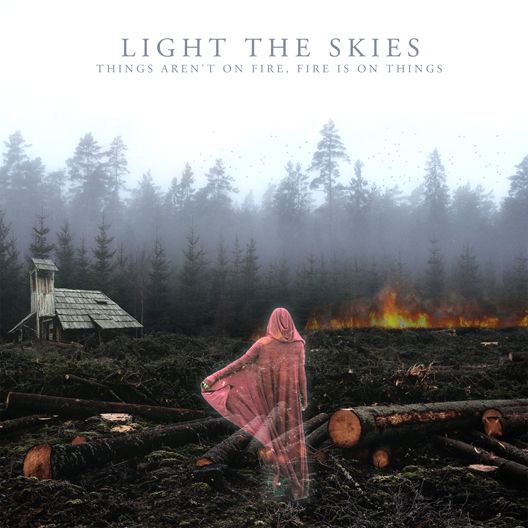 Things Aren’t On Fire, Fire Is On Things is the debut EP of Birmingham based post-hardcore band, Light The Skies. The band tell us: “The songs are a reflection of a year’s work, taking the elements of intricate guitarwork, explosive drumming and soaring vocals that are so familiar to modern metal, and fusing them with original song structures and diverse samples. Varied sounds and moods are a key focal point across the soundscape of the EP.”

Light The Skies are a five-piece post-hardcore band from Birmingham, UK. Formed in September 2013, the band have a solid and engaging set that has been well received by fans and industry officials.

Blending modern metal with intricate instrumentation, Light The Skies aim to give energetic and technical performances to fans of all genres. Catchy melodies, diverse samples and soaring clean vocals are the centrepiece of the band’s music, whilst original structures and varied song forms define the overall sound of Light The Skies.

They are influence by bands such as; Hands Like Houses, Chunk! No Captain Chunk, All Time Low and Bring Me The Horizon. The members are: Will Douglas (Vocals), Jack Price (Guitar), Charlie Elliott (Guitar), Evan Rogers (Bass Guitar) and Sam Hemus (Drums).