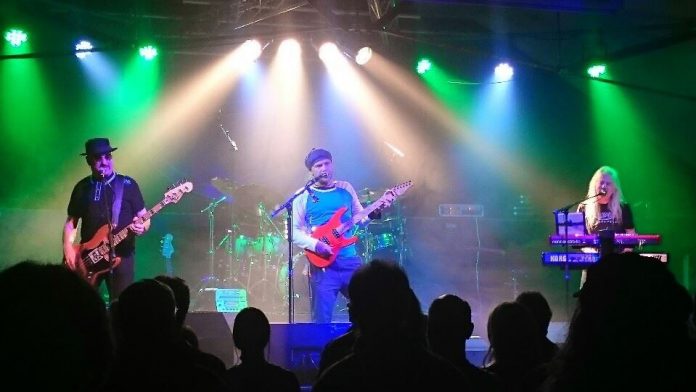 Sunday night gigs can always be a bit hit or miss….especially when in the depths of winter, but a rather decent crowd braved the cold to witness the return of Lifesigns for their first show at the Robin since May last year.

Support act The Gift got things off to a fine start with a 60min set that ticked many Prog boxes…..tracks such as ‘The Willows’ and ‘Escalation’ had the audience nodding their heads with approval but the main present under the xmas tree was the 20min epic ‘The Comforting Cold’…..a proper roller coaster of a track complete with a flute interlude (and us prog fans love a bit of flute)…..all in all a thoroughly enjoyable set from a band set to return to the Robin on April 12.

The headline act Lifesigns took to the stage to a rousing welcome from the audience…..and burst straight into ‘Lighthouse’ from the magnificent debut album which has enthralled fans and media alike since its release in 2013….the spectacular ‘Telephone’ followed and not even a few technical hitches with bassist Jon Pooles equipment could halt a band in full flight, the running repairs done by guitarist Niko Tsonev obviously showed he is a dab hand with the electrics as well as being a breathtaking guitar player.

It’s incredible to believe at times that such amazing sounds emulate from just four members on stage……Keyboard wizard and founding member of Lifesigns John Young has compiled a fantastic set of musicians in previously mentioned Jon Poole, Niko Tsonev and also drummer, backing vocalist and all round good guy Martin ‘Frosty’ Beedle…..this is a band not to be missed.

We were even treated to some new songs ‘different’ and ‘impossible’ from the forthcoming album as well as the brilliant ‘open skies’ from the John Young Band….other tracks ‘fridge full of stars’ and ‘at the end of the world’ followed from the debut album……an album worthy of adding to any collection.

The band have slots coming up at the HRH Prog Fest in North Wales, a set at the Marillion weekend in Holland and a place onboard the spectacular ‘Cruise To The Edge’ Prog festival in November as well as a series of gigs around the country….the ‘Live In London’ DVD is also in the editing suite as I type…..there is a lot to be excited about concerning this band, make sure you take full advantage of Lifesigns…..you will not be disappointed!!!!