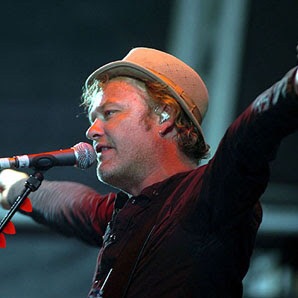 The Levellers are planning to do an album with a little help from their friends.

The mega selling Brighton folkies who have just released their Greatest Hits and are touring this autumn, confirm they are planning an album with a difference.

Maximum Volume Music was lucky enough to speak to The Levellers founder member Mark Chadwick last week and the singer confirmed their future plans included a full album of collaborations.

Artists such as Billy Bragg, Bellowhead, Imelda May and Frank Turner joined the band to re-record their favourite Levellers songs for inclusion on the Greatest Hits album that has just been released, and Chadwick admitted he was delighted with the results: “The guys just came into the studio and recorded a song, it worked really well, in fact it worked so well that we are thinking of doing a full album like that. ”

Mark said the key to it working was that The Levellers were open to new ideas: “We weren’t precious about it at all, ” he explained. “They all came with their own ideas, and if they wanted to change the tune, or even a word here and there, then we were cool with that, it was really interesting.”

Any new album will have to wait, though, as the band are planning to tour this autumn and then promote the new documentary film about them.

A full interview with Mark, in which he talks about the band, political activism and just why he hates the label “socialist” is coming in the next few weeks.