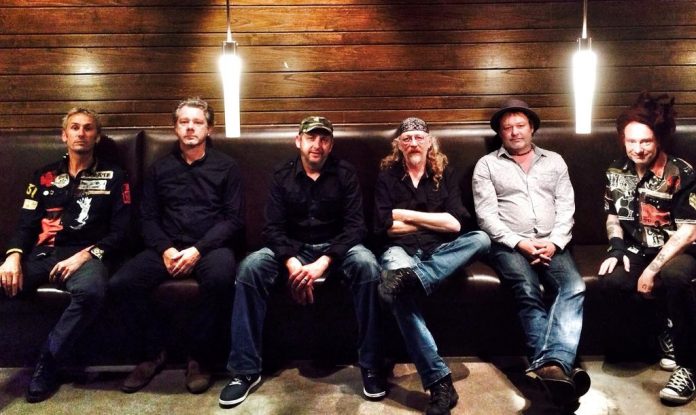 Described by John Robb as, “The brilliant and heart-warming tale of a dysfunctional band”, ‘A Curious Life’ is a film about the Levellers and their unique career.

Told through the unique perspective of Jeremy Cunningham, the band’s bass player and artist, and directed by former Chumbawamba frontman Dunstan Bruce, the film focuses on the Levellers phenomenal success between 1988 and 1998 before nearly disintegrating in a train wreck of drink, drugs and creative drought.

However, despite reaching their lowest ebb, the band never split up and after a few years in the wilderness they re-invented themselves as a self-managing collective with their own studio, label and Beautiful Days festival, and in the process became unexpected survivors of the UK’s famously fickle music industry.

Funny, warm and highly entertaining, ‘A Curious Life’ is, in Dunstan’s own words, “A potted journey through 25 years of subsidised dysfunctionalism; an uplifting tale of battling demons that reminds us that behind every band there is a story of struggle for expression, acceptance and survival.”

Each screening of the film will then be followed by a full live acoustic gig by the band themselves, who will be performing acoustic arrangements of songs from their recently released Greatest Hits, alongside many other live favourites from across their 27 year career.