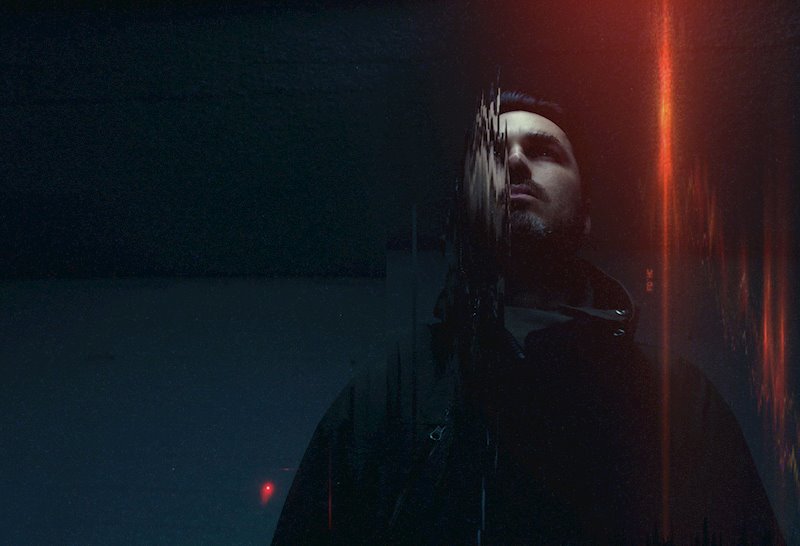 The Anix and INTRELOCKcombine forces on new Techno-Industrial track “Pretend”, out now via FiXT

“INTRELOCK is a dark dream pop project which can be very abstract, focusing more on creating a mood than highlighting talents,” says The Anix. “I wanted the song to feel like two forces fighting against each other, almost like a back and forth battle.”
The verses have this heavy industrial techno drum and bass section with distorted vocals, then the pre-chorus starts lifting you away and out of the darkness. The Chorus is the combination of the two worlds, combining both the voices of INTRELOCK and The Anix in a massive ethereal atmosphere which has tonal qualities that could allude to a pop song, yet a darkness which weighs it down and keeps the mood in check.

The Anix is an electronic-rock artist and producer from Los Angeles. As an active designer and producer, influences get pulled for an array of unusual places, such as brutalist architecture, Berlin technical apparel brand Acronym, underground techno and house scenes, and movies such as Blade Runner and 2001: A Space Odyssey. The result is a genre defying mix of alternative rock elements with dark melancholic undertones drenched in an endless array of synthesizers, with a bass heavy foundation to anchor the overall sound. It is neither retro nor futurist, but somewhere in between, from the not so distant future. The sound has been referred to as “Night Rock” and “Alternative Electro”, with elements that connect inspiration to The Cure, Depeche Mode, NIN, The Smashing Pumpkins, Moderat, Failure, Jon Hopkins, and The Prodigy.

Originally founded in 2001 by Smith, and later joined by brother Logan Smith with longtime friend Chris Dinger, the group toured the Hollywood rock club circuit for several years. After writing hundreds of songs and playing countless shows, the band signed a deal in 2008 to record their first full-length studio album titled Demolition City. The band then landed a deal with The Diesel Management Group and toured throughout Europe on the “Rocket Science Tour” with electronic masterminds Apoptygma Berzerk.

In 2011 The Anix signed a record deal with Cleopatra Records to record their second studio album titled Sleepwalker. In 2016, The Anix began the process of reinventing themselves, shifting away from a touring band into a studio project. After a full year of development, the group emerged with Ephemeral in March 2017 as their 2nd album on Cleopatra Records.

In 2018, The Anix completed their metamorphosis from band to solo project as front-man & songwriter Smith signed with FiXT, the artist-owned/operated independent record label of electronic-rock pioneer Klayton (Celldweller, Circle of Dust).  Focusing on releasing consistent material since signing with FiXT, The Anix released the full-length album Shadow_Movement in 2018, Order / Disorder and Hologram in 2019, GRAPHITE in 2020, and is already releasing new singles in 2021.