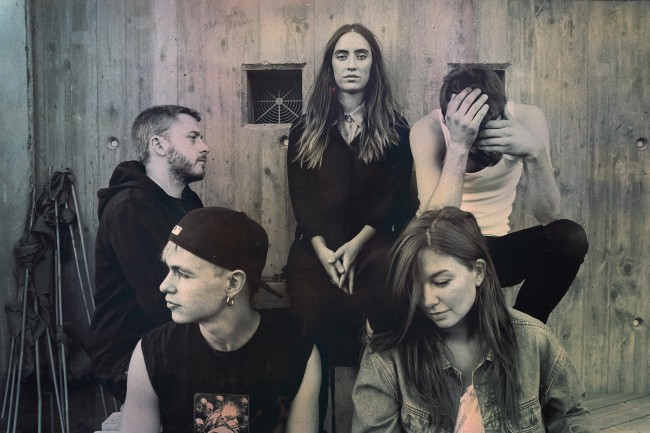 Norwegians are back for UK shows

Their recent UK stopover was short and sweet – a one-night only, and completely sold out, affair afforded to London’s The Forum – but Norway’s Highasakite are back to do it all again; joining fellow Nordic nomads Of Monsters and Men on a full-scale UK Tour this November.

It’s not the first time the pair have shared the stage, having collectively embarked on a sold out tour of North America and Europe from May to June. Before hitting the UK again, Highasakite will round out the season with a string of Norwegian headline performances – not least of which, a 10,000 capacity show at Sverresborg Arena, Trondheim in August.

In the midst of back-to-back touring, Highasakite revealed new single ‘Keep That Letter Safe’ earlier this month – a “soaring piece of cinematic pop” (The Line Of Best Fit) that landed in Norway’s Top 15 Chart on presales alone and promptly jumped to #1 on release. Since then, it has claimed #1 on Spotify’s Viral 50 Chart and pulled rotation adds at Norway’s National Radio NRK P3, National Radio P1, Amazing Radio (UK) and triple j in Australia.

‘Keep That Letter Safe’ is the band’s first single in more than 15 months, serving a worthy successor to debut LP ‘Silent Treatment’ – an effort applauded on both sides of the Atlantic, and claiming the longest consecutive run in the Norwegian Top 40 Albums Chart since 1997 (72 weeks and counting). Not to mention 2x Norwegian Grammys, an IMPALA Nomination (European Independent Album of the Year), a Triple J Hottest 100 (AUS) placing with ‘Since Last Wednesday’ and Album/Single of the Year listings on NPR (US).

‘Keep That Letter Safe’ is out now via Propeller Recordings – available on iTunes: smarturl.it/KTLS-iTunes

with Of Monsters and Men