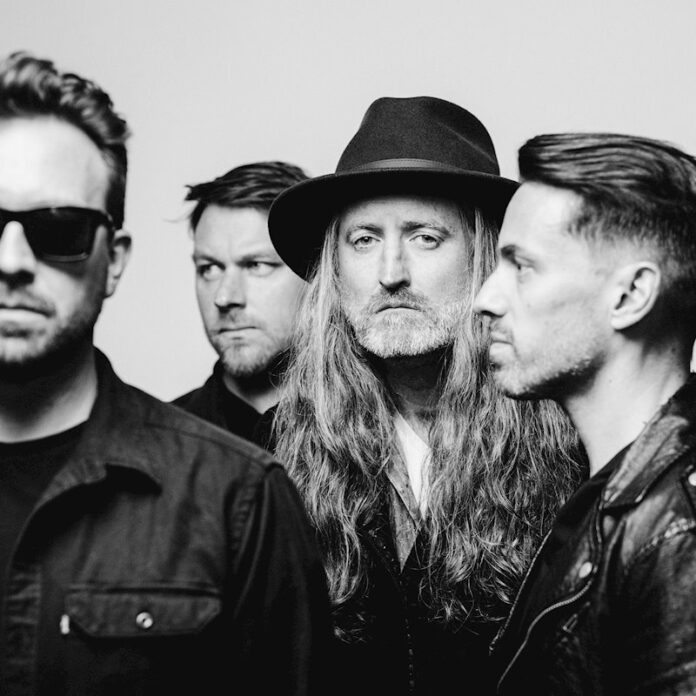 THE ANSWER release their long-awaited new album ‘Sundowners‘ on 17th March 2023, out on Golden Robot Records and 7Hz.

Titled ‘Sundowners’, this latest album has been produced and mixed by rising British rock producer Dan Weller (Enter Shikari, Bury Tomorrow) and will be supported by a run of limited capacity 17 date UK and European album launch shows.

The album was recorded in April 2023 at Middlefarm studios, Devon and was the first time the band had been together in a studio since 2015.

Says lead singer Cormac Neeson, “We’ve been through a lot as a band, toured the world, made six great records we’re all proud of, and always done our best to make honest and timeless music that connects with rock and music fans in general. After six albums and a lot of road miles we felt we needed to step back from it all and reset. Whilst that wasn’t an easy decision, with retrospect it’s possibly the best decision we’ve ever made because after seven years away we all came back fired up and the end result is an album we’ve been waiting to make our whole lives…full of good time rock n roll and positive energy created by four brothers who quite frankly just really missed each other. We’re back and we’re ready to bring our best album ever to you!“

In 2019, long time super fan and international independent hard rock label Golden Robot Records founder, Mark Alexander-Erber, fulfilled a life-long ambition by signing The Answer to his label to secure a brand new 7th studio album, due for release in 2023; a record which, in the words of Alexander-Erber will be The Answer’s “greatest balls out straight ahead rock album ever’, eclipsing the debut of Rise for power, songs and sheer attitude. To say I am excited is an understatement, for me it’s a life-long ambition and privilege to work with these guys“

The band’s first single of the album “Blood Brother” has gone straight on to the Planet Rock Radio A-List in the UK and onto daytime radio on Star FM Berlin and Star FM Nuremburg. Watch video here – Blood Brother Video

The Answer’s first comeback live show since 2017 will take place as “special guests” at this year’s Planet Rockstock festival, after which the band will promote their new album release with a run of limited capacity album launch shows, tour dates as follows: