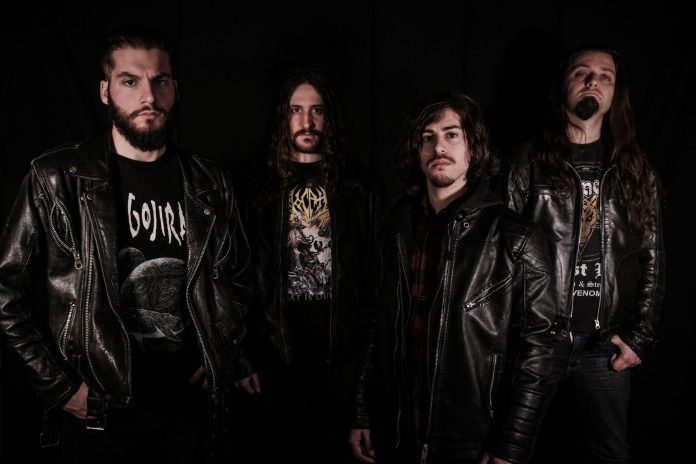 talian thrash metal band Ultra-Violence are set to return on 27th July with their new album ‘Operation Misdirection’ through Candlelight Records. Described by lead vocalist Loris Castiglia as ‘the last chapter of a trilogy we started five years ago with our debut album’, this is their most mature set of songs to date.

Forming in 2009 in Turin, Italy, Ultra-Violence spent a number of years sharpening their craft before releasing debut EP ‘Wildcrash’ in 2012, followed swiftly by debut album ‘Privilege To Overcome’ in 2013. Tours across Europe caught the attention of Candlelight Records and they went on to release their 2nd album ‘Deflect The Flow’ in 2015, a record which saw them take their brand of extreme thrash to the next level and opened them up to a whole new heavy metal fanbase worldwide.

With their latest record Loris comments, ‘we pushed our music beyond the boundaries of thrash metal and we added new elements to widen our sound. We really focused on the connection between the music and the lyrics, each song tells a different story and some of them mean a lot to us. I’m so proud about how the whole thing turned out and I can’t wait to share it with you all.

It was recorded, mixed and mastered by our longterm friend and producer Simone Mularoni at Domination Studio in San Marino. We can’t describe how much we love working with him and we honestly think that he really outdid himself on our new record.’

First single ‘Cadaver Decomposition Island’ boasts some of the fastest and most brutal Ultra-Violence riffs to date yet also features some of the most melodic elements on the album. Loris adds, ‘it’s my favorite track off the new album. It’s a song about the greatness of nature and the endless circle of life, death and rebirth. It’s also the last song we wrote for the record and it perfectly shows what Ultra-Violence is right now.’

The cover art was once again put together by the one and only Ed Repka, creator of some of the most famous cover art in the thrash metal history such as ‘Rust In Peace’ by Megadeth.

Over the past few years Ultra-Violence have played shows and festivals across the world supporting bands like Discharge, Angelus Apatrida, Tokyo Blade and Rotting Christ, leading to a number of shows in Japan with Skull Fist. They show no signs of stopping and will embark on a European tour to support the release of ‘Operation Misdirection’ starting with the following dates.

Previous article
WOULD YOU ADAM AND EVE IT
Next article
LETS GO, TOKYO