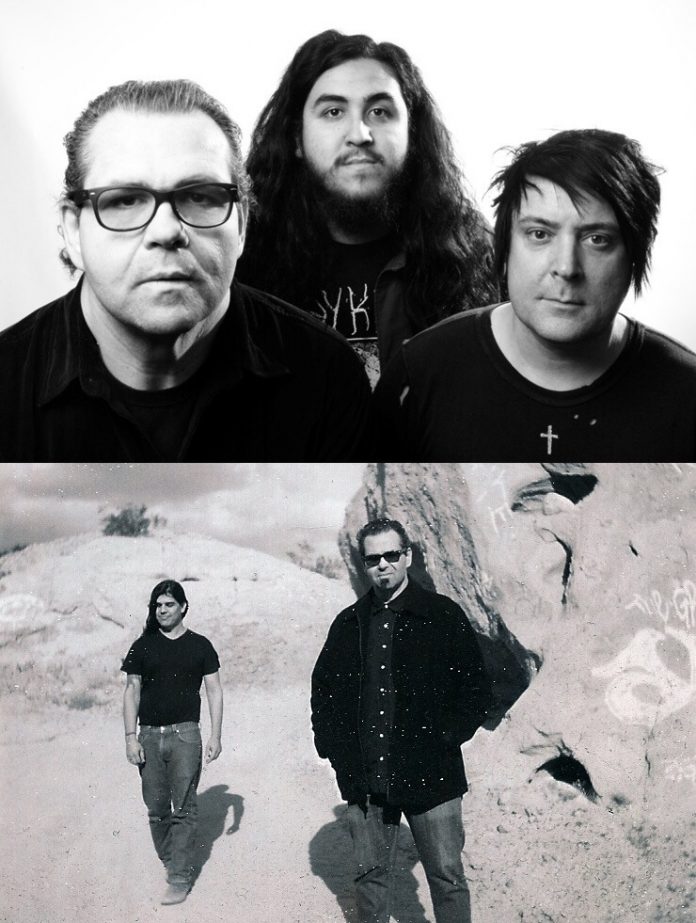 Fatso Jetson and Yawning Man, two legendary bands whose roots are from the low desert area of Southern California and are well regarded amongst the underground heavy music community as pioneers of the “desert rock” scene will be pairing up to embark on a month long trek across The Old World in the month of February for a tour properly and respectively called “Legends Of The Desert” tour.

Masterminds Mario “Boomer” Lalli and Gary Arce have considerable musical history with one another, having contributed to each other’s projects (Fatso Jetson and Yawning Man respectively) and playing live with one another on both domestic and international level all throughout their humble/experimental beginnings to the present as the established/experimental artists they are revered as today.

The Palm Desert music scene’s most notable names have credited their beginnings in music through attending witnessing the well documented generator parties that took place in various spots around the low desert area in the late 80s.

These gatherings is where Gary Arce and the Lalli cousins (Mario and Larry) and notable desert drummer Alfredo Hernandez would enchant and hypnotize spectators with colorful and dynamic reverb drenched tones and seemingly endless improve jam sessions that echoed through the barren, rocky landscapes of La Quinta all the way to Yucca Valley as the first incarnation of Yawning Man was birthed and would assist in planting the seeds of a sound that would define a geographic areas.

Fast forward a few years later (1994 to be exact) and enter Rhythm and Brews, a drinking hole/live venue venture that the Lallis helmed and it was there, the idea of the riff monolith known as Fatso Jetson was materialized between Mario, Larry and Tony Tornay. Forging a sound that combines the elements of what has been coined “stoner rock”, punk and surf their catalog has seen the light of day on such labels as SST, Bongload, Man’s Ruin Records (Flames For All – Gary Arce was recruited as second guitar player for this release and joined Fatso on tour in support of the album as support for Queens of The Stone Age on their first European run), Rekords Rekords Cobraside and Go Down Records since their formation and they’ve shared the stage/toured with some of the most iconic acts in heavy rock including Queens Of The Stone Age and an appearance at Dynamo Open Air in Eindhoven alongside Mercyful Fate and Metallica.

Now fast forward into the new century and the evolution of both bands , recent activities in the past few years have been a new recordings amongst the two bands released by various labels across the world (including a split 12” of the two released in 2013), appearances at festivals across the world: Desertfest Berlin (both), Roadburn (Fatso Jetson).

With Fatso Jetson now expanded from a trio to a quintet via the addition of the next generation of the Lalli family, Dino Von Lalli on second guitar and exploring jazz textures through Boomer’s recruitment of Vince Meghrouni on sax and harmonica. Yawning Man has revamped their lineup as well with the inclusion of Bill Stinson on drums.

At the present, Yawning Man are currently in the middle of writing a new record that is set for a 2015 release and Fatso Jetson are setting their sights upon recording of new material as well with plans for a US tour in the works for the coming year.