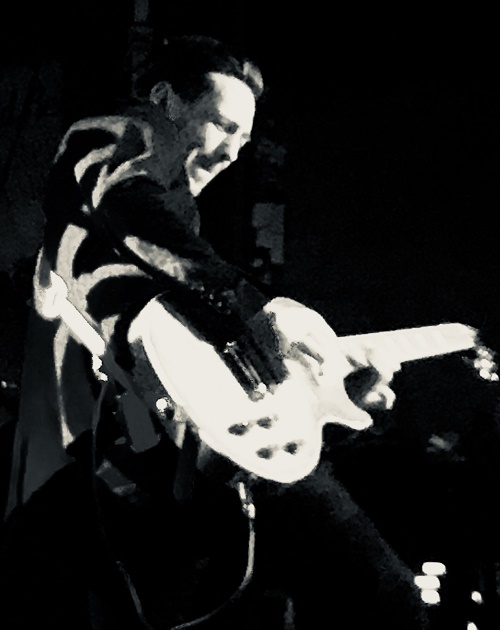 Tonight, we saw the future of the blues. Those are words you are supposed to say about Laurence Jones gigs and they are true tonight as well. But tonight, you are saying them about a local boy – literally – that isn’t Jones but instead Toby Lee. Lee is a friend of Jones’ and jams with him on two songs tonight, “Foolin’ Me” and the crunchy, “What’s It Gonna Be” and it would be true to say that the really young guitarist steals the young guitarist’s limelight for ten minutes. Look out for Toby Lee, because he’s special.

There is another reason for mentioning the young pretender at the start too, because at the ripe old age of 26, Laurence Jones – for whom this is a hometown show – has been through that stage. He’s been mentored by Walter Trout, played with Kenny Wayne Shepherd (the first time MV saw him was upstairs here, opening for KWS, actually) and whilst its lovely to see him want to give a helping hand to a young lad just like he was, it feels like he’s been looking to pass the baton of the next big blues thing for a while. 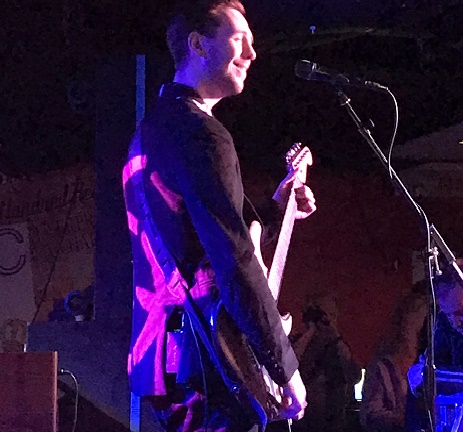 Tonight’s show – a mammoth two-hour undertaking – is in support of his new record, “The Truth” which saw him and his brilliant band move away from “the blues” as it were and into more rock, pop and soul areas. It is a natural progression though, and one which sees him look totally at ease on stage here. Smiling and happy, Jones has an air of contentment about him as he launches into things with the first two from the new one. “What Would You Do?” is soul tinged, but “Don’t You Let Me Go” has enough rock about it to pack a punch – indeed it is noticeably heavier than on the record.

The same is true for much of the fresh material, road testing perhaps, or just the way it sounds through some big old Stacks, but there is a grit about stuff like “Gone Away” to go with the polish.

“Never Good Enough” completes an opening quartet of “…Truth” cuts, but does so in a laid back, shimmering, almost Clapton way, before the title track from his 2016 record “Take Me High” is a vehicle for the wonderful organ playing of Bennet Holland to come to the fore. This is followed by “Thunder In The Sky”, which Jones describes as “the start of my career”. It is certainly delivered with passion here, with Jones dropping to his knees to play some of it, and there is a reverence too, with which he delivers a funky version of “All Along The Watchtower”, which he injects with a touch of The Stones’ “Miss You” seemingly just for fun.

There is a charming innocence about the guitarist too. “Keep Me Up At Night” brings the sunshine, but also the thought that it “is about staying up late and doing what you want” and the general feeling is one of a band who are thoroughly enjoying what they do. There is, for example, a lovely bit of improvised interplay between Jones and Holland that not even a broken string can halt.

Confident enough to come off the mic for parts of “Take Me”, he is equally happy to go for some balls out pure rock n roll with “Foolin’ Me” during which he marches off stage to get up close and personal with his people.

After Toby Lee’s numbers bring the house down, there are a couple of encores. “I Will” becomes a piece of defiance to the world outside and the slow-building and deeply personal “Thinking About Tomorrow” prove that Jones can switch on the blues whenever he likes.

But oddly it’s what he says, perhaps, rather than what he plays that hold the key to Laurence Jones in 2018. “Real music has heart and soul, that’s what we do”, he explains. Which is precisely why Laurence Jones needed to make the changes to his sound that he has this year. Anything else wouldn’t have been honest and, well, truthful. And those two words – along with maybe “joyous” – sum this up more than any others. No longer the future, Laurence Jones has arrived.