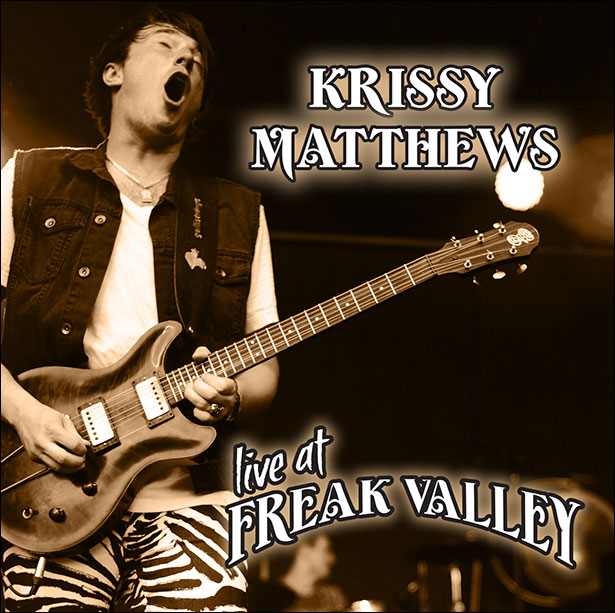 Warts and all recording shows Brit blues man at his best

The live album. Quietly, you know, it might just be making a comeback. What used to make bands (the Kiss “Alive” albums, anyone?) then became seen as something of a stopgap, perhaps. Now though, there is some great live records coming out.

And here is another.

This is interesting for lots of reasons. Not least, because it’s taken Krissy Matthews so long to make one. 12 years in actual fact (no mean feat, considering that he’s only 24….). For a man so used to being on the road it seems every inch the natural step.

Also, this one is not polished in any way. It’s not overdubbed. It is 100% live, as it were and if that means occasionally Matthews might miss a note or two or his vocals might not always be perfect, then somehow that adds to the affect and rawness of this.

That sheer rock n roll rawness leads on to perhaps the most interesting point of all. Namely, well the name of the album. On MV we’ve reviewed live albums from Freak Valley before. That is, though, because we review a lot of stoner rock on these pages and Freak Valley is one of the biggest stoner rock festivals out there.

But then, what is stoner rock except heavy blues? And in that respect Krissy Matthews fits in perfectly. He has always had an element of a blues outsider to him. The first song, “Feeling For The Blues” aims a shot at the purists: “”I wasn’t born in 1902, I didn’t pick the cotton from the fields…although my name isn’t blind boy, I got the feeling for the blues” and hearing these songs in this fashion makes you realise just how original his take is.

The first part of this CD is not only the set from Freak Valley last year, but also the first time the band had performed as a trio, and there is a thunderous power about “I’ve Been Searching” and a sense of wide eyed fun about “All Night Long” as well as a glorious boogie.

For the rock n roll posturing, though, Matthews is steeped in the blues. His cover of  Blind Willie McTell’s “Searching In The Desert for The Blues” makes the tune his own.

There is more to Matthews than that though, “Language By Injection” drips with lust, while the thought that he treads between two worlds brilliantly, is shown by “The Soul Will Never Die” – a tune he wrote the same evening as meeting BB King.

“Bad Boy” slams, and “Freedom” is a fine take on the Hendrix song to end the Freak Valley set.

There are also three bonus cuts from a smaller show in Germany. “Hit The Rock” takes the fact that Matthews was in a bus crash a few years ago and makes it gleeful, while “Bubbles And The Seven Phones” is a fitting tribute to a late friend, complete with a brilliant guitar solo to finish.

However, it is perhaps, the song in between that most sums up The Krissy Matthews Band. On “Roadsick Blues” – a country strut if all country was played by Jason And The Scorchers – he sings this chorus: “Well you can stop smoking dope, give the booze a rest…. you can stop snorting coke, use the speed a little less, but there ain’t no rehab for the roadsick.

That’s why Krissy Matthews had to make a live album. And doing it in the way he’s done “Live At Freak Valley” is why no he’s made one it is so good.