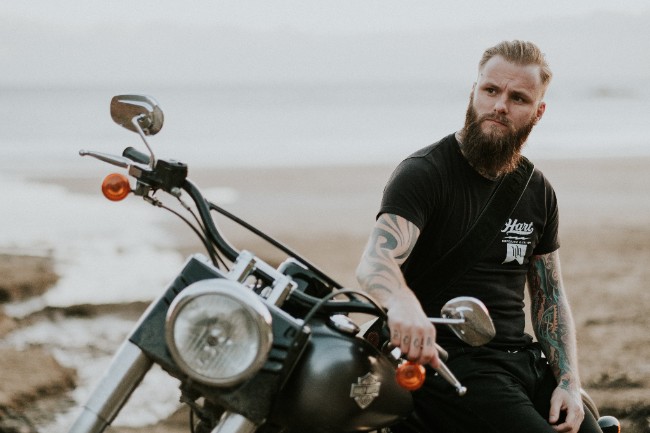 The Devon born, Kris Barras is having a whirlwind start to the year. He released the stunning new album ‘The Divine And Dirty’ in March, played a headline tour selling out shows across the country, he supports Beth Hart on her April-May UK Tour starting this week, joins Supersonic Blues Machine as singer/guitarist alongside the legendary Billy F. Gibbons (ZZ TOP) for their European Tour – including their debut headline show at Shepherds Bush Empire, London, plus he has announced his own headline show at The Borderline, London as well as appearances at Camden Rocks Festival and Ramblin’ Man Fair this summer.

The Beth Hart tour comes hot on the heels of his own 14 date headline tour. The Kris Barras Band will play as an acoustic trio on all of the dates and will start at Ipswich’s ‘Regent Theatre’ on Thursday 12th April and finishes at the Guild Hall in Portsmouth on Tuesday 1st May.

Talking about the upcoming experience Kris says; “I’m really excited to be joining Beth Hart on her UK tour. She’s such a fantastic artist, it’s a real honour to be on the same bill. It’s going to be a bit different to what I usually do, as I’ll be performing an acoustic trio set each night. There’s some amazing venues on this tour and I can’t wait to get out there!”

He then takes his place as singer/guitarist for Supersonic Blues Machine & Friends with very special guest Billy F. Gibbons, who will be coming to the UK for their debut headline show at London’s prestigious, O2 Shepherds Bush Empire on Wednesday 4th July. He will then travel to mainland Europe for more shows in Poland, Switzerland and Italy.

Supersonic Blues Machine have released two acclaimed albums ‘West of Flushing, South of Frisco’ (2016) and ‘Californisoul’ (2017) featuring guests Billy F. Gibbons, Steve Lukather, Walter Trout, Warren Haynes, Eric Gales, Robben Ford and Chris Duarte. Classic Rock Magazine declared them a “revelation” when they performed at Ramblin’ Man Fair 2017 with Eric Gales. The legendary and very special guest Billy F. Gibbons, who features on both albums will be joining the band for the whole European tour. The core of the band is bassist/Producer Fabrizio Grossi who has worked with Steve Vai, Alice Cooper, Glenn Hughes, Dave Navarro, George Clinton, Slash and Paul Stanley to name a few and drummer Kenny Aronoff. Kenny has contributed to more than 60 Grammy® nominated recordings and over 300 million records sold worldwide feature his talents and is known for his work with John Fogerty, Sir Paul McCartney, John Mellencamp, The Smashing Pumpkins and Chickenfoot amongst others.

Add to this a host of headline shows through the first part of the year including his biggest London show to date at The Borderline on 20th June as well as numerous festival appearances including Camden Rocks on 2 June and Ramblin’ Man Fair on 1st July shows that Barras is a true road warrior.

As this testifies, Kris Barras isn’t one to shy away from a challenge. As a former Mixed Martial Artist, the Devon born singer and guitarist has fought in front of 8000 people, lived it up in Las Vegas, dealt with bankruptcy, suffered deep and personal loss, unleashed blues fury on stages across Europe and been voted one of the best 13 Blues Guitarists in the World Right Now.

He picked up the guitar and took up martial arts as a child. After playing in bands throughout his teens he became disillusioned. He had toured the east coast of the USA twice and recorded an album in Philadelphia, but struggled to get to the next level. By his early 20s, offers for fights were coming thick and fast. Music took a backseat as he travelled the world to compete in tournaments, winning 14 out of 17 fights and even settling to live in Las Vegas and Thailand. He retired from the cage in 2014, feeling like he had achieved everything that he was going to achieve. It had consumed his life for so long, making so many sacrifices that he felt that it was time to move on. Music, his real love was too strong for him to ignore.

Everything is primed to propel The Kris Barras Band to great heights in 2018. He has the songs, the talent and the ambition to take on the scene’s biggest hitters. And armed with this kind of passion and dedication, they are coming out swinging. Stand back – rock has a new hero.