KRAMIES KRAM ONE IN 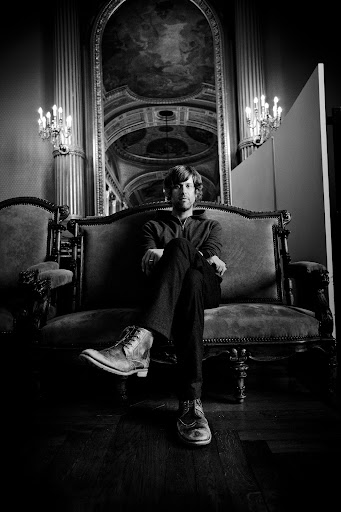 Originally written while travelling through Ireland, “Owl and the Crow” arrives as another dreamy glimpse into Kramies’ forthcoming self-titled LP.

Initially just an acoustic outtake, the new single was finally recorded in one take on a late Californian night in JerryBecker‘s Oakland Studio.

As time went on “Owl and the Crow” only grew, with layers and images captured by Kramies’ on his travels. With glimmering acoustic guitar licks flirting with eerie instrumentals and compelling vocals, the new track follows “Hotel in LA” as a second taster of Kramies’ self-titled LP, arriving on 9 September 2022.

Of the new single, Kramies explains:

“I’m not sure I’ve ever been able to say this before, because I can’t really understand completely how I process things without relying heavily on the emotions I use to create everything, but “Owl and the Crow” is one of the songs on the LP that means the most to me.”

“For one of the first times in my life I recognise instantly where the story and emotion from this song comes from. I rarely remember anything that isn’t emotionally heightened, if something doesn’t carry bits of historic emotional imagery then I don’t really care about it or remember it. This song has stayed with me. There are a few unspoken landmarks on this LP for me and “Owl and the Crow” is one of them.”

Set for release this September, the new ‘Kramies’ LP showcases a huge spectrum of creativity and sound in a short span of time. Produced by and featuring a whole host of special guests including Patrick Carney of The Black Keys, Jason Lytle of Grandaddy, Tyler Ramsey of Band of Horses and Jerry Becker of Train, the record also includes an appearance from Jim Bogis who has played with Counting Crows and Stevie Nicks.

Containing the old-world dreamy, lyrical landscapes which he has become known for, Kramies now crosses boundaries between eerie scenarios and fairy-tale laden myths. With songs touching on death, struggles with addiction and the echoes of nostalgia, he demonstrates with a much more powerful musical maturity and strength.

Once again weaving together a touching tapestry of songs into an emotional new story, the artistic atmosphere of Kramies’ new LP conjures something more — it is the organic journey and display of Kramies’ growth as an artist.

With a career spanning almost fifteen years and a long string of releases that have earned him the title of “the dream-pop troubadour”, Kramies’ knack for eerie and ethereal songwriting has gained the attention of Billboard, Clash, NPR and the BBC amongst others, with his most recent single “Hotel in LA” being praised for its “ethereal quality of a waking dreamscape” by Under The Radar. Much of his success has come from his ability to be himself and stick to his clear artistic vision, and this new LP sees Kramies grow even more comfortable with his own unique way of working.

Previous article
FIGHT FOR THE RIGHT
Next article
LOVING LAURENCE