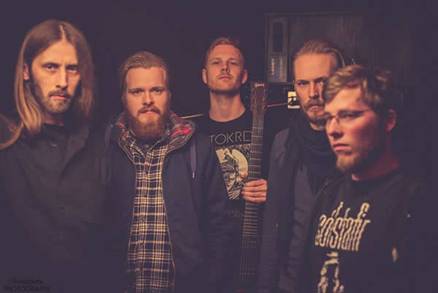 Kontinuum, will release their new album “Kyrr.” on April 20th.

It was 2010 Kontinuum was born with the aim to make hypnotic and spiritual musical noise.

Pre-productions of the first album Earth Blood Magic was sent to a few labels and got an immediate positive feedback.

In 2011 Kontinuum wasted no time and entered the Sundlaugin studio in Iceland to begin recording of the first full length album.The album was released in 2012 and received rave reviews across the board.
The album was picked rock album of the year in Morgunblaoio Iceland and appeared on numerous end of year 2012 lists, including Thrashits, allscandinavian.comand Metalhammer Magazine (uk).

It was also nominated as the best post metal album of 2012 at MetalStorm.net, top album at metal.it, hot album at metalitalia.it, album of the week at imperiumi in Finland and band of the month at Italian Dagheisha.com, to name a few.

In 2013 the band played numerous live shows, delivering a powerful performance not to be missed.

In 2014 the band started work on their sophomore album.

The first single of the album I Huldusal was released the same year and was greeted with substantial radio play locally in Iceland.The single topped the charts of the countries largest alternative rock radio station.