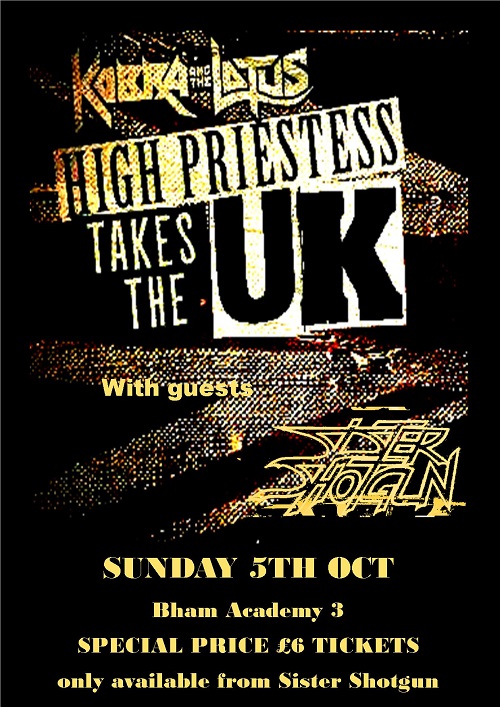 Kobra and the Lotus, the Canadian metal band led by Kobra Paige stop by for a date at Academy next month.

The NWOGHM-inspired band – who are most famous for being discovered by Gene Simmons, but who have played festivals such as Bloodstock  – will rock the Academy 3 on Sunday 5th October.

They will be supported by local glam rock heroes Sister Shotgun.

The tour is in support of their brand new “High Priestess” record, which was released in June and crashed into the US rock charts at number four. It was produced by knob twiddler to the stars Johnny K.