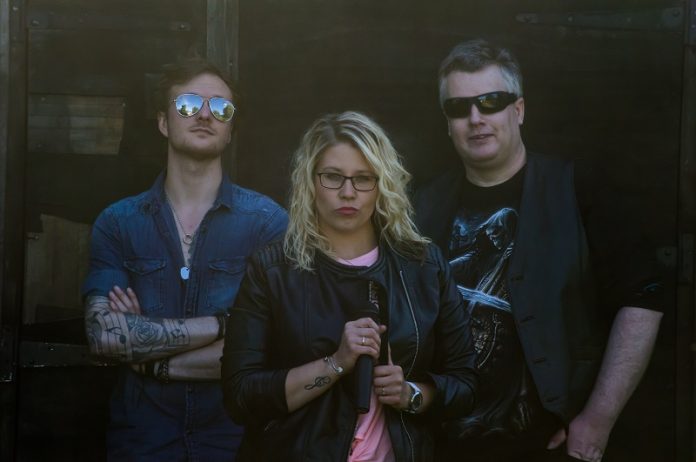 October 20th 2017 sees the release of the debut album from the band Into The Unknown through Vigilante Records. Entitled “Out of the Shadows” it showcases 11 songs ranging from the acoustic Breaking My Heart through the anthemic Monsters to the hard rocking Why Me? and Once.
Throw into the mix an interesting choice of covers – Miley Cyrus Wrecking Ball and Chris de Burghs Dont Pay the Ferryman- and you have a diverse album full of catchy choruses, soaring vocals and raucous riffs.
The core of the band is vocalist Lucie Hölzlová, with Guitarist Ryan Atkins and bassist/producer Rupert Withers. Together they have penned all the original songs on the album.
Out of the Shadows Track List: 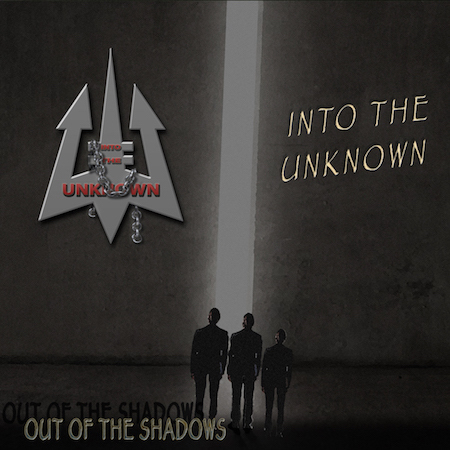 Lucie and Ryan met Rupert when he produced a song for their previous band. Shortly after Ryan did a session for him on a recording. The chemistry between them worked and they decided to record more material, inviting Lucie to provide the vocals. From here songs were written and an album evolved. As they moved forward to create music, things started organically slotting into place and Into The Unknown was born. A mix of influences, from Nightwish, Guns N Roses, AC/DC and Halestorm right through to Adele, have contributed to the sound of Into The Unknown, and blended together to create their own powerful rock sound.

Fast forward to 2017, the album is ready, recorded at Vigilante Studios in Buckinghamshire. Featuring artwork created by Harrison Funk, most famously responsible for album covers and videos for Michael Jackson. Live shows and acoustic sessions are being planned for the release period so watch this space.

Out of the Shadows Release date 20th October 2017
Out on Vigilante Records, via Nova/Universal and The Orchard,
Website – http://www.intotheunknown.band/
Pre-order the album here:
Amazon: http://amzn.eu/4sKkJeJ
iTunes:  https://itunes.apple.com/gb/album/breaking-my-heart-single/id1276867124