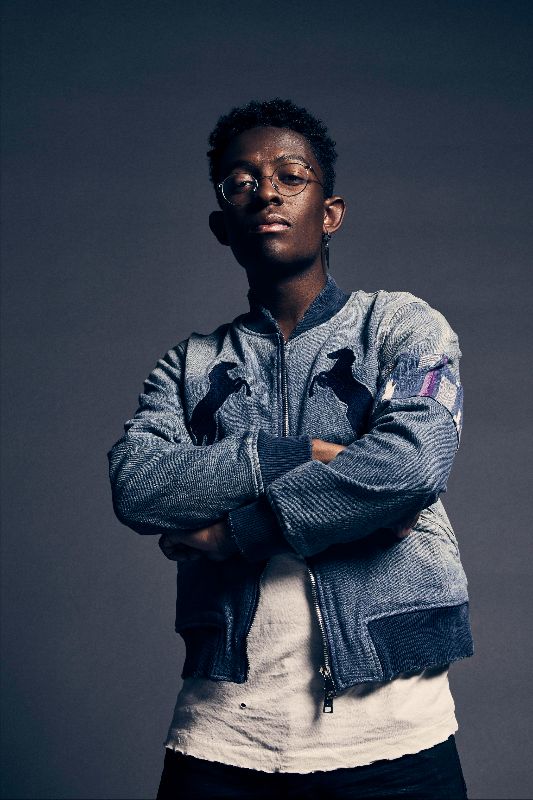 Bad Realm Records/Atlantic Records/Warner Music Nashville multi-talent BRELAND has released his genre-melding debut album, CROSS COUNTRY. Marking the release he has revealed the video for new single ‘For What It’s Worth’.

Directed by Alex Bittan, the video was filmed in Texas and portrays the strength, determination, and dedication it takes for PBR (Professional Bull Riders) star, Ezekiel Mitchell who went from teaching himself bull riding by watching YouTube videos to become one of the world’s leading bull riders. His inspiring story has similar parallels to BRELAND’s career in music who has just been nominated for the CMA Awards Musical Event of the Year (‘Beers On Me’ – Dierks Bentley with BRELAND & HARDY).

“Before shooting the music video, I had only peripherally been aware of PBR and wouldn’t have been able to imagine what these athletes endure in the spirit of competition,” explains BRELAND. “Learning about Ezekiel and his unusual path to PBR instantly reminded me of myself and the bridges I’m trying to build within country music. I loved the filming process because I mostly just got to enjoy a thrilling new sport, but I also got to know an incredible young talent that is shifting people’s perception of bull riding. I’m excited to see where and how our paths cross again, but grateful to have such a budding star like Zeke represented in this video.”

“It was a shocker to be asked to be in a music video for a super vocally talented artist who I’ve followed on TikTok,” says Mitchell. “My cousin’s daughter loved ‘My Truck’, and I’ve listened to that song a million times plus ten. BRELAND is an African American artist thriving in a genre not particularly dominated by African Americans — a parallel to my career, I guess you could say. It’s just really cool to be involved in this project, and everyone was incredible to work with. I sincerely appreciate being part of it, and I hope it helps to continue to push PBR into the mainstream.”

On Thursday (Sept 8th), BRELAND hosted a panel discussion during the opening of his exhibit “CROSS COUNTRY: A VISUAL EXPERIENCE” presented by Amazon Music at the National Museum of African American Music (NMAAM). With influential panellists including journalist Marcus Dowling from The Tennessean, Claude Kelly and Chuck Harmony of the R&B duo Louis York, NBA Sr. Director of Player Development Drew Franklin, Nada Taha, and Tonya Breland, BRELAND’s mother who holds a Doctorate in Education, the group discussed the impact being African American has had on their career sharing their thoughts and experiences.

The special exhibit spotlights art pieces created by 14 different visual artists – all Black Indigenous People of Color (BIPOC). Each artist painted their own depiction of one song off BRELAND’s debut, creating 14 unique pieces representing each of the 14 tracks on CROSS COUNTRY. For fans around the globe, the display can be viewed online here throughout the week-long run of the exhibit.

A phenomenal performer, BRELAND stunned UK fans with his standout shows at C2C Festival earlier this year. BRELAND will be bringing his crowd-thrilling live set back to the UK next month, first touring the UK with Russell Dickerson, before finishing with his BRELAND & Friends headline show in London on October 21st. Tickets are on sale now here.

The first BRELAND & Friends show took place in Nashville in April and proved a star-studded event with appearances from the likes of Nelly, Thomas Rhett, Charles Kelley, Mickey Guyton and more. Fans can expect another stacked line up in London as BRELAND celebrates the release of his debut album with his friends from both sides of the Atlantic.

CROSS COUNTRY – TRACK LIST
Here For It (feat. Ingrid Andress)
County Line
Praise The Lord (feat. Thomas Rhett)
Natural
Told You I Could Drink (feat. Lady A)
For What It’s Worth
Happy Song
Growing Pains
Throw It Back (feat. Keith Urban)
Thick
Cross Country (feat. Mickey Guyton)
Good For You
Don’t Look At Me
Alone At The Ranch