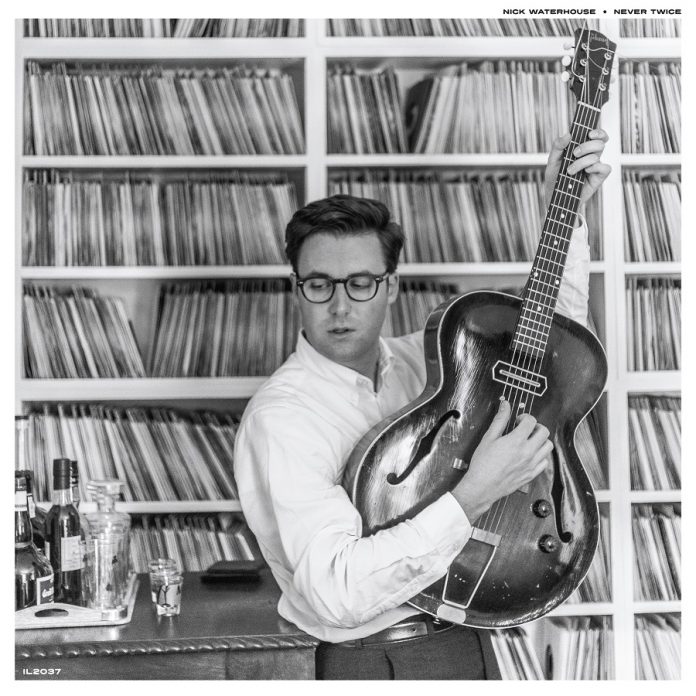 On September 30th, Nick Waterhouse will return with his third full-length studio album, Never Twice. Yesterday, Waterhouse unveiled the track “Katchi” off of the upcoming album. The track features his pal Leon Bridges and riffs on Bridges’ family name for a massage – “Katchi.” “Leon and I were in Fort Worth hanging out at a friend’s place getting massages. He was laying on the table while I strummed the chords, bare chested, he shouted out “she give me KATCHI!”… His mother’s old Louisiana Indian term for ‘loving touch’. We rode it out and next thing we know we had a straight cruiser,” Waterhouse told The Fader.

Today, via Flood, Waterhouse has also unveiled his sweaty grooving video for “old place,” made up of clips of him performing live earlier this year. The clips were directed by Emma Pollard.

Never Twice will be released via Innovative Leisure digitally, on CD and 180 gram vinyl. He will head out on a fall U.S. Tour starting on September 24th. Highlights include Music Hall of Williamsburg in Brooklyn on October 8th, The Bottom Lounge in Chicago on October 4th and The Rock and Roll Hotel in Washington DC on October 12th. More tour dates to be announced.

With Never Twice, Nick Waterhouse returned to his original collaborator, producer Michael McHugh (Black Lips, Ty Segall, Allah-Las). McHugh was a local legend in the oft-underrated Orange County music scene that Nick grew up in. McHugh was the first person to ever put Nick on tape and in an effort to re-capture the vibrancy of the Huntington Beach scene of Nick’s youth, he invited McHugh up to his current home of San Francisco to work the boards once again. Once he had McHugh on board, Nick began cold-calling his favorite players, all of whom miraculously said yes. Jazz musician Bob Kenmotsu’s contributed flute, Tom Waits and Elvis Costello collaborator Ralph Carney on sax, Dr. Lonnie Smith protege Will Blades on Organ and a virtual whose who of muso legends on horns, bass and guitar. The result is an exuberant and impeccably recorded album of songs, showcasing Waterhouse’s prowess as a musician and a band-leader.