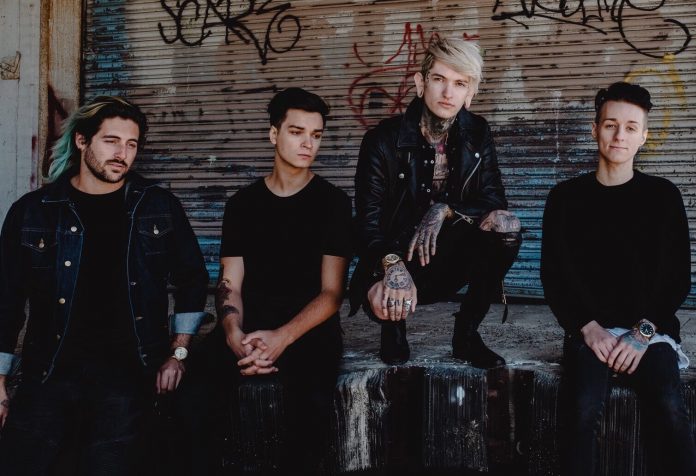 Roadrunner Records is excited to announce the debut album from recently signed Minneapolis band Out Came The Wolves. The as-yet-untitled record is set for release on October 28.

On the band signing to Roadrunner Records, frontman Cameron Burns commented, “I’ve grown up listening to bands on Roadrunner and it’s truly a dream come true to be a part of their family and work with them. I’ve always been that kid in the crowd losing my voice to bands on stage and now I get to show the world what Out Came The Wolves is made of.” Guitarist George Shrouder added, “We have unanimously looked up to Roadrunner bands our entire lives. Having the opportunity partner up with the best label in the world is a dream come true.”

Praised for their electrifying mix of modern rock and post hardcore, Out Came The Wolves began turning heads in 2013, selling out local venues throughout the US Midwest which eventually led to support slots on hometown bills with acts such Asking Alexandria, August Burns Red, and We Came As Romans. The band are spending Summer 2016 touring extensively across the USA.