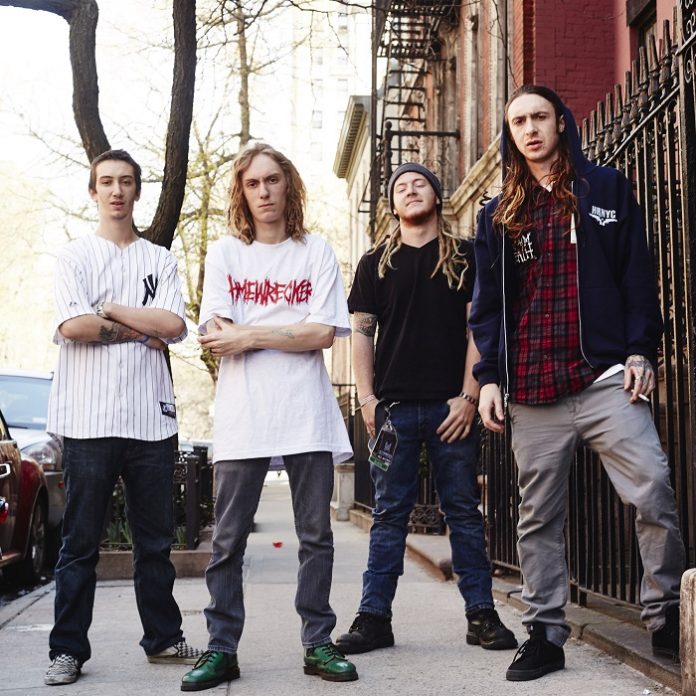 Formed by Zyon and Igor Cavalera (sons of Max and Gloria Cavalera), Lody Kong is ready to continue the family’s legacy with their raw and frenetic sound that’s tearing holes into the music scene. Tackling the ills of modern society with a venomous and unrelenting mix of grunge, post-hardcore, thrash and all wrapped up in a punk to the core ethos that creates their own blend of experimental sonic bedlam, they are fast becoming an uncompromising force. Lody Kong’s mission: to challenge the phoniness, fakery and pretension of the modern scene and restore it with honesty, vibrancy and grit.

Rock ‘n roll is encoded in their DNA; formed by brothers Zyon Cavalera (drums) and Igor Cavalera (vocals/guitar), the pair continues to make the Cavalera name shine, a name that reflects artistic integrity, diversity and musical ferocity as the sons of rock icon and Soulfly/Sepultura/Cavalera Conspiracy main man Max Cavalera and brothers of Incite frontman Richie Cavalera. Music is etched so much into them that Zyon’s in utero heartbeat was added to the beginning of Sepultura’s Refuse/Resist and he has played drums on the two Soulfly records Savages and Archangel.

Lody Kong however tread their own jagged and at times trippy path of sonic exploration with childhood friends John Bauer (guitar) and Shea ‘Shanks’ Fahey (bass). On 2012s debut EP No Rules they erupted onto the horizon with 13 minutes of brutality, which these 16 years old’s at the time got to aurally assault crowds with on 2013s US/Canada/European Maximum Cavalera tour and 2015s US Cavalera Conspiracy tour. It was on these shows where they learned how to work a crowd and fine tune their craft, there’s nothing like playing to thousands of people to really inspire. Back home, they have steadily been building a fevered and formidable following due to their full on and uncompromising sweat soaked shows.

Their reputation as a live force is enhanced with the intelligence and open-mindedness to their song-writing ability and it’s this that makes every riff that more important, every vocal change exciting and every melody hooked in, special. The rawness and kinetic energy only scratches the surface of a band that have a deep rooted experimental nature and authenticity.  2016 is the year of Lody Kong, you have been warned.