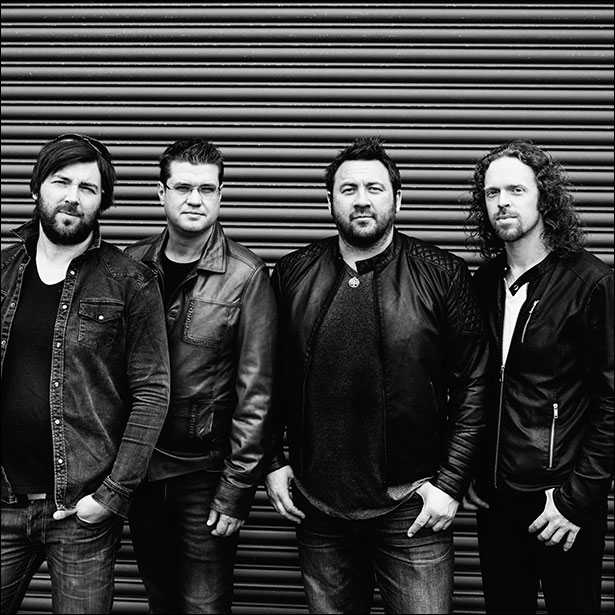 Why would you want to be anywhere else this Autumn

All tickets are priced £20.00. Planet Rock will run a 48-hour ticket pre-sale fromWednesday 22nd June. Tickets will then go on sale from Friday June 24th from the 24 Hour Box Office: 0844 478 0898 and can be booked online from www.thegigcartel.com.

Having scored three radio hit singles on Planet Rock with the songs Crazy, Hurricane, and most recently, Rush Hour, King King received a nomination for Best New Band at the 2015 Classic Rock Awards. King King followed up with a UK arena tour supporting Thunder that was highlighted at a packed concert at London’s Wembley Arena, and, as a result, won them over a raft of new fans.

The band’s 2015 album, Reaching For The Light, was voted #1 album by Blues Rock Review.  In 2014, King King won a total of five 2014 British Blues Awards, including Best Album and Best Band. The nods came from BBC Radio 2 presenter Paul Jones to Classic Rock’s The Blues magazine. Their support slot on John Mayall’s 2014 UK tour pushed the band to another level.

In 2014, King King’s second album Standing in the Shadows, firmly established them as the leading exponents of the British Blues scene. They still retain that accolade today.

The band consists of Alan Nimmo (vocals, guitar), Lindsay Coulson (bass), Wayne Proctor (drums) and Bob Fridzema (keyboards). Today, King King are, without a shadow of a doubt, the UK’s hottest blues rock band. They are going from strength to strength.

“We’re determined to take King King to new heights,” says Alan Nimmo. “We enjoy winning over new fans who’ve discovered us for the very first time.  We’re also excited to have Broken Witt Rebels supporting us on our November tour, as they are a fine example of how a young rock group can connect to their rock and blues influences and still make it sound fresh and exciting.”

To coincide with the November tour, King King are pleased to announce the release of a new live album.  The album will be released on CD and digital download in October. The album will include the full audio from a storming live concert in Glasgow, plus exclusive DVD filmed at a sold out concert at the Holmfirth Picturedrome in West Yorkshire.

In the last six months, the buzz around self-released, Birmingham blues rock band Broken Witt Rebels has reached a deafening roar. So much so that the band have rushed out their latest single, Guns, to capitalize on fan-driven interest.  The official video for Gunshas generated almost 400,000 views on YouTube in less than 48 hours.

Chosen by the fans, Guns is now the second single to be taken from the band’s Georgia Pine EP.   Produced by Tom Gittins (Robert Plant), the previous single, Low, was a featured track of the week on Radio X, and play-listed on Planet Rock, who are currently playing Guns.

GUNS pays homage to their hometown of Birmingham with a melody and energy that tears through you, with the refrain. “Born and raised where Guns are made, they burn bright like a cigarette.”