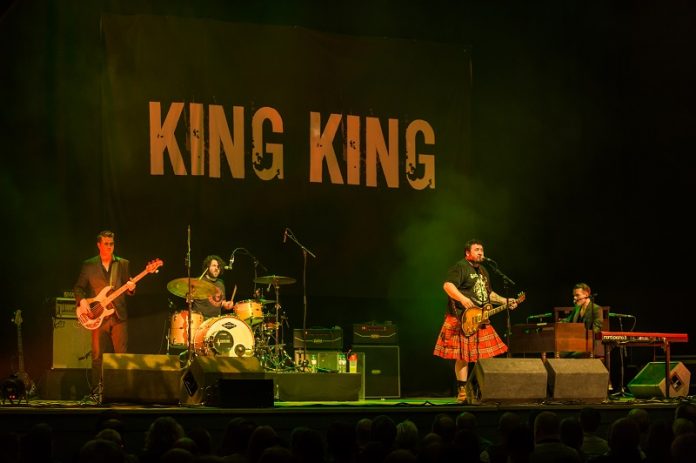 “We’re like a low budget football team,” smiles John “Rhino” Edwards. “But we’ve got a couple of decent players on loan.” He has too. Jim Kirkpatrick of FM and Paul Rodgers’ drummer Rich Newman join him on this jaunt, proving whatever else the squad in Rhino’s Revenge FC are, they don’t lack for any skill. Indeed, we might as well get it out of the way early, there is more than a small similarity with “Rhino’s” day job. “One Note Blues” is lifted straight from the Quo playbook, while “Secretary” is a sassy little groover that we’ll describe as “tongue in cheek” in this post-Weinstein world. “Republican” is perhaps the highlight, a blue-collar boogie that is a vicious condemnation of a sabre rattling White House – written years ago, it has a hell of a relevance today. Largely, though, this is fun. A song about the Edwards family dog captures the mood, in that “My Name Is Stan” is played with a huge smile but is also better than it has a right to be, likewise “Jungle Love.” As might be expected, there’s a smattering of Quo. None of the big hits, however. Instead a superb “Belavista Man” is here as is perhaps their most underrated tune, the utterly glorious “Two Way Traffic” which ends things here. As he points out onstage John Edwards is a pensioner this year. But just like the feisty family pooch he’d earlier made famous, there’s plenty of life in the old dog yet. Rhino’s Revenge is to be great, it seems. 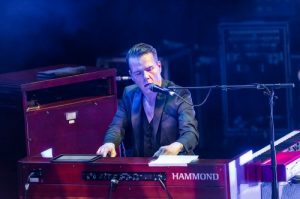 It has been – from the outside looking in – a rough few months for King King. If a brilliant new record was the good, then the bad saw frontman Alan Nimmo sidelined again with vocal chord issues, long serving organ player Bob Fridzema depart and dates including this one, put back a few months.

About halfway through “Stranger To Love” almost at the end of the set tonight, Nimmo strides forward to the front of the stage. Everyone who’s seen the band before knows what is coming. Nimmo is about to play one of the finest solos you will ever see, one in which he will turn his amp off and play with incredible skill as if he is in his own living room, but it seems to represent more here. There is a look on the Glaswegian’s face of sheer, unbridled joy. He is back doing what he was born to do. Play his guitar and entertain people on stages. The packed crowd responds too. You could hear a pin drop when the room falls silent. It is a special moment that only a band who has a genuine bond with their fans could manage.

If that provides the pinnacle, then it is far from the only highlight. From the moment that “She Don’t) Give Me No Lovin’” kicks in, it is clear that the quartet, now with Jonny Dyke on keys, are in stellar form.

Much has been made of their new, supposedly “rockier” style, but the truth is they’ve always had that about them. Listen to the Stones-y licks of “Lose Control” later in the set, but from an earlier record, and you’ll see its not such a leap.

It’s just that they’ve got such ability they can do whatever they like. “You Stopped The Rain” is a singalong, “Broken” – from the new “Exile And Grace” record – is darker in tone and heavier in feel, while oldies (and we can call them that now) like “Long History Of Love” and their de facto anthem “Rush Hour” are fast becoming classics. 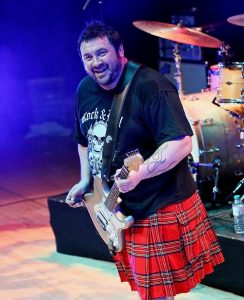 “All Your Life”, from the debut record,  provides a chance to get people “shaking their asses” as Nimmo puts it, and off their chairs. More importantly, perhaps, it shows Dyke’s brilliance on the organ, and the night ends as ever with the marvellous – and marvellously uplifting – “Let Love In” and the world would really be a better place if we followed its lead.

Rather like the chatter about whether they are a rock band or a blues band, such debate probably doesn’t belong here. Whatever they are, it is undeniable that there is something truly special about these four men – birthday boy Lindsay Coulson and drummer Wayne Procter should not be overlooked either as probably the finest rhythm section around.

We began with a football analogy. We’ll end with one too. As every fan knows, you can have all the best players, but without chemistry there is nothing. King King some kind of X factor an abundance. That’s why they are absolutely at the top of the Premier League.