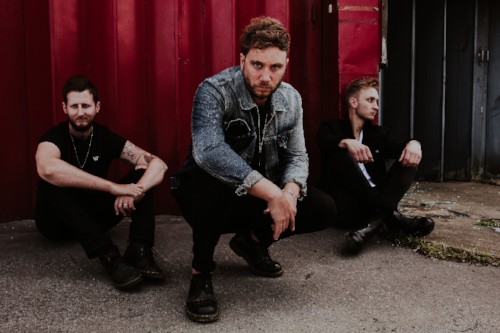 It follows the release of their self-titled EP and latest single ‘Crazy’, which was released in November. Their EP was recorded and produced with Lower Than Atlantis’ guitarist Ben Sanson, and was met with great acclaim, including support from Alex Baker at Kerrang! Radio, who noted “If this is a sign to come from Kill The Ideal then we’re all in for a treat”.

It follows their debut 2015 Heritage EP, which firmly introduced the band to the UK rock scene where they have toured with the likes of Black Peaks, Decade, Lonely The Brave, Holding Absence and more.

With support from the likes of Loudwire, Upset Magazine, Punktastic and Total Uprawr, BBC Introducing have now come on board and invited the band in for a live session following the release of the EP.