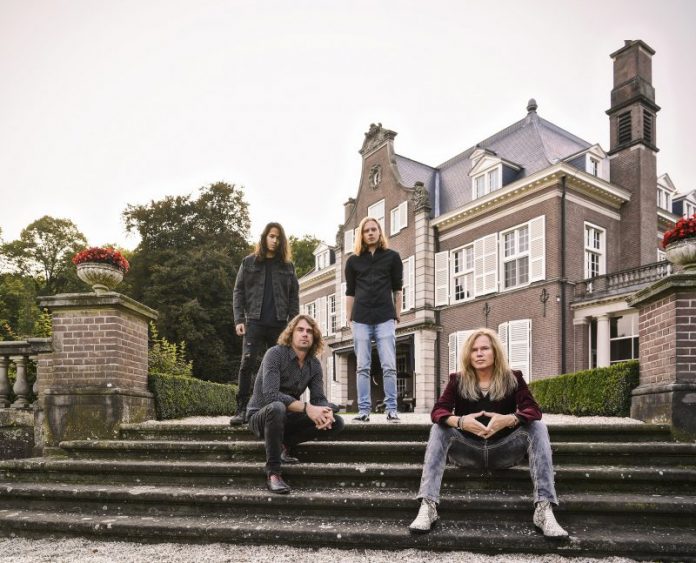 Classic Rock icon Adrian Vandenberg returns with his Vandenberg’s MoonKings and their brand new official video for ‘What Doesn’t Kill You’ taken from their upcoming album ‘MKII’, released on 3rd November on Mascot Records.

‘What Doesn’t Kill You’ is a call to action; combining a hypnotic melody, soaring chorus and a timelessness that evokes  a sense of empowerment and determination. You will prevail, you will be strong, you will get through this it cries to you; “What doesnt kill you, makes you stronger, you’re a survivor, you’re mind set to carry on” proclaims Jan Hoving as you are whipped up into a captivating whirlwind of infectious hooks into a journey of self-belief.

Talking about the song and video Adrian Vandenberg says; ‘In this video the lyrics, the powerful music and the expressive performance of the band call for images and symbolism just as powerful. All these elements reinforce each other in order to get the message across. The owl, the wise creature of the night and as such the talisman of MoonKings, breaks free of the confinement of the band logo and flies unhindered over cities like New York, Paris, London and Los Angeles to eventually circle around the Statue of Liberty. Nighttime fireworks symbolize the celebration of freedom and the determination to survive, no matter what goes on in the world’.

Four years after Adrian Vandenberg made a spectacular comeback with Vandenberg’s MoonKings, the band return with a sophomore album, ‘MKII’. Once again the four-piece manage to create a perfect blend of vintage seventies and heavy rock. Adrian Vandenberg shines as a bonafide guitar virtuoso, while the rest of the band deliver a powerhouse performance.

“The last few years have been very important”, confirms Adrian Vandenberg, who shot to world fame as the guitarist and songwriter of Vandenberg and Whitesnake. “We just got to know each other when we recorded out debut album. I think we all exceeded each other’s expectations. But you really get to know each other while on the road. It was then that I really became impressed by the abundance of energy that this band has. We tried to capture this on our new album. At the same time, we all grew individually. I am really amazed by the way Jan Hoving has grown even more in his role as a singer and as a front man. I’ve played with the best bass players and drummers in my extensive career, but with all respect I dare to say that Sem Christoffel and drummer Mart Nijen Es form the best rhythm section I ever had the pleasure of working with.”

Previous article
On The Beech
Next article
Trivium Pursuit