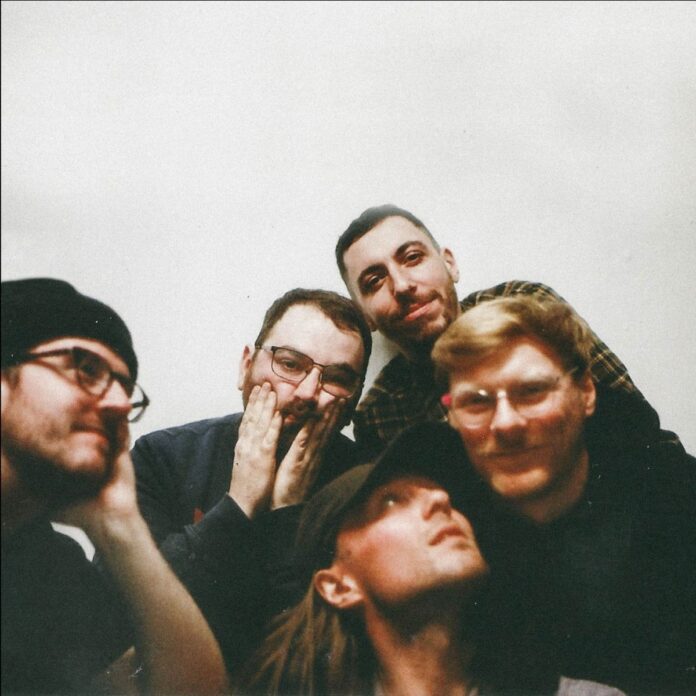 Fast-rising London punks Out Of Love are pleased to reveal the lyric video for their new single ‘Kill Song’ which is out now on Venn Records (Gallows, Witch Fever, Bob Vylan).

The track is the latest to be taken from forthcoming debut LP So Far, So Good which is set for release on 8th April 2022 via Venn Records.

Alongside the single, the band are delighted to announce that they will be supporting melodic hardcore legends A Wilhelm Scream on their forthcoming April 2022 UK headline tour dates (see below for listings).

Commenting on the new single, front man Jack Rogers said: “Kill Song is about finally losing your mind. I always catch myself fantasising in certain situations about what I want to do versus the reality of what I really do. I wrote this song thinking about what would happen one day if I finally snapped and acted on my psychotic instinct. It sounds extreme but it really stems from me not sticking up for myself, letting things build and build until there’s an unhealthy release of some sort. Kill Song is an over the top depiction of that (I hope…)”

Released on 12″ vinyl, the limited edition physical version of So Far, So Good will also contain previous releases I Am Not Me (EP), Funny Feeling (EP), and the 2021 standalone single ‘Sniffin Glue’, as well as 4 brand new tracks. The LP is available to pre-order via the band’s online store, with a variety of official merchandise on offer including hoodies, t-shirts, and a photo zine for purchase.

Much like everyone else, the band spent the majority of 2021 battling against shifting live schedules in the face of the pandemic, but managed to complete their debut UK tour dates in September 2021, with their first ever show in Milton Keynes sold out well in advance.

They went on to play alongside the likes of Salem, Chubby and The Gang, and Dead Swans, also finding time for an appearance at Wild Paths Fest and an exclusive live session on IGTV for House of Vans as part of their Next Era series.

Debut LP So Far, So Good is released 8th April 2022 via Venn Records

OUT OF LOVE UK Live Dates:

OUT OF LOVE are: