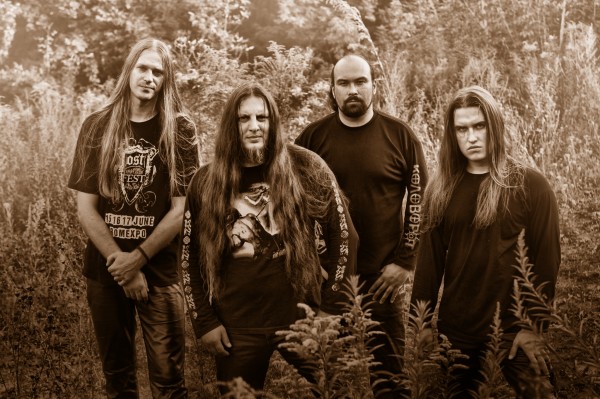 Last month we told you about the re-release of Khors’ “Cold” record. Now they have a new one out.

KHORS began their career in 2004 as a trio of skilled musicians already known within the Ukrainian Heathen Black Metal scene.
Inspired by the spiritual ancient world of the elder ancestors, the band recorded their debut album The Flame of “Eternitys Decline” in 2005 (released via Oriana Music in the same year).

Having strengthened the bands line-up with the addition of a rhythm guitarist, KHORS then began to play live shows.

The second album, released the following year and entitled “Cold,” had a more mid-tempo approach, in general having shifted the emphasis to melody and the atmospherics of keyboards and leads. On this second album the band departed from many of the stereotypes of black metal.

Further musical evolution saw the release of their third album, Mysticism the most progressive record in the bands discography so far, offering a cloak of atmosphere and moods to the listener, incorporating elements of dark metal.

This third album saw Khors move to American label Paragon Records and the band began to receive increasing resonance in the world of underground metal.

Continuing the creative and ideological concept of the previous album, Return To Abandoned also absorbed the spirit of the earlier records as the band gained strength, spirit and wisdom from the years that had passed.

The band tell us that: “The sound had become more complex, full of aggression and atmosphere.”

The fifth full length of Khors is a real revelation and definitely another milestone in the bands creativity.

The recording of “Wisdom of Centuries” was finished at the beginning of 2012.

The dense sound of the album is harmoniously complemented with the addition of ethnic instruments, shrouded with a bewitching atmosphere of shamanic mysticism.

This album is also the first in the bands history to be performed in their native language. The album was out on Candlelight Records in September 2012.

The history continues with hard times for Ukraine during which the bands recording their sixth full length.

The album’s titled “Night Falls Onto the Fronts of Ours” and all works on it lasted for more than a year due to the tragic events therefore its saturated with the grim spirit of wartime.