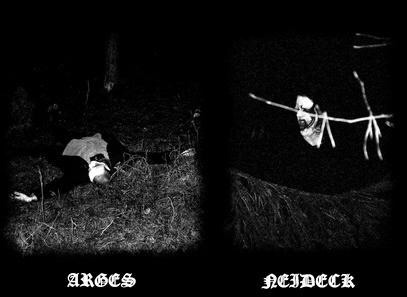 Even for a Black Metal band these guys are mysterious.

We get lots of albums sent to us each week at MVM. Some we like, some we don’t, some we review, some we feature and some we absolutely adore.

All of them, though, always come with a press release or some band info to help us along.

When this, the new release from German Black Metal trio, Kerker arrived, this was what it said: “A Dime For Bleak Faces” was recorded, mixed and mastered by neideck in winter 2012.
All music and lyrics written by Neideck and Arges.
Artwork and design by Arges.

So here’s what we know. At the beginning of this month, the band re-released an album of Black Metal brutality.