Kenny Wayne Shepherd Back For More In 2015 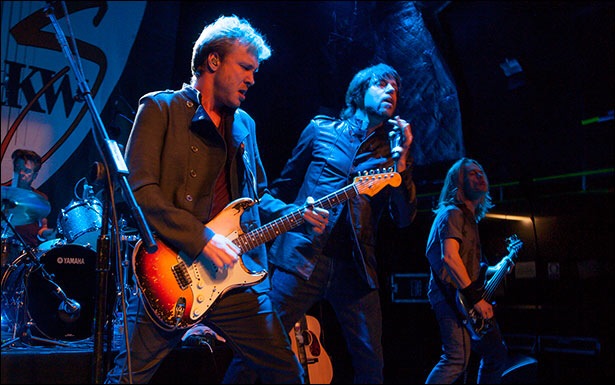 Hot on the heels of rave reviews from his recent October 2014 UK tour dates, five-time Grammy-nominated and multi-platinum-selling blues rock guitarist Kenny Wayne Shepherd returns to the UK for a follow-up tour in April 2015, including a major headline concert at the London Shepherd’s Bush Empire on Wednesday 15th April.

A 48-hour ticket pre-sale starts on Planet Rock from Wednesday 12th November at 9am, followed by general on-sale date of Friday 14th November where tickets can be booked online at The Gig Cartel or from the 24 hour box office – 0844 478 0898.

The Kenny Wayne Shepherd Band is a veritable who’s who in rock and blues. The band features long-time vocalist Noah Hunt, plus drummer Chris Layton, a 2014 inductee into the Musicians Hall of Fame as a member of Stevie Ray Vaughan and Double Trouble, ex-Firm bassist Tony Franklin and keyboardist Riley Osbourn (the latter is the former keyboardist for Willie Nelson).

The April 2015 tour follows Kenny’s highly successful 2014 European tour. MVM saw the band in Leamington last week and said: “The new Bonamassa? Nah, he’s too good to be in anyone’s shadow. How about in years to come, some young blues guitarist from a future generation is the new Kenny Wayne Shepherd.”

Trust us, you won’t want to miss it.

Previous article
MONSTER MAGNET: Milking The Stars – A Re-imagination Of Last Patrol
Next article
Mars Red Sky Do Like Monday’s On New Video