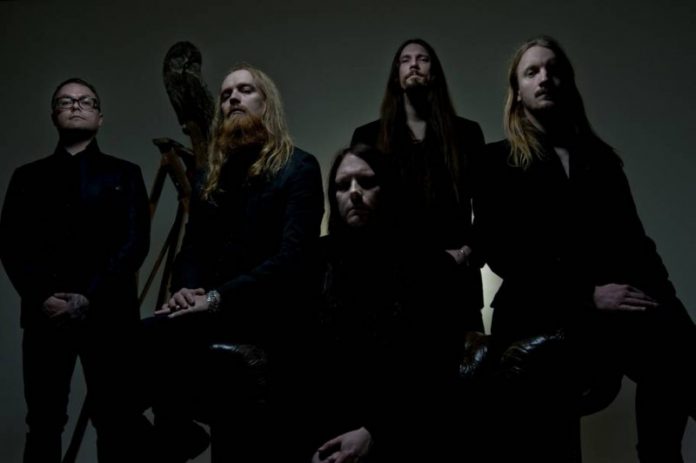 KATATONIA have announced that on Thursday 22nd September they will be performing an exclusive show in the magnificent Roman theatre in Plovdiv, Bulgaria.

This once in a lifetime performance will see classic and current Katatonia songs presented in a stunning new way within the walls of this epic venue. 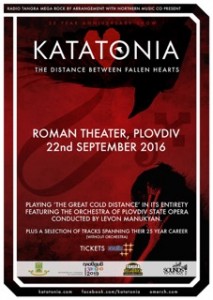 The band will be joined by the renowned Plovdiv Philharmonic Orchestra, made up of highly qualified classical musicians, that was founded nearly 70 years ago. The orchestra has its roots in the hundred year old orchestral tradition in Plovdiv and over the years has launched the careers of many world-famous conductors. Together with the band they will help take Katatonia’s material to a whole new level.

The prestigious evening will be promoted by the Bulgarian independent radio station Tangra Mega Rock and orchestrated by conductor Levon Manukyan, who wrote the first metal ballet and is the founder of the Levon Manukyan Collegium Musicum orchestra. He has worked with the likes of OPETH, PARADISE LOST, ASIA,FISH, TARJA TURUNEN, ANATHEMA and many others.

For Katatonia’s first set they will perform the 2006 classic album ‘The Great Cold Distance’ in its entirety, to celebrate the 10th anniversary since it was released, alongside the Plovdiv Philharmonic Orchestra. There will also be a second set, without the orchestra, that will see the band playing a selection of their greatest hits, both old and new.

TICKETS priced 40 BGN (regular) and 65 BGN (golden circle) are already available through: http://www.eventim.bg/en/tickets/katatonia-plovdiv-ancient-theatre-427573/event.html. They will go up to 50 and 75 BGN on the day.

Recently Katatonia also revealed details of their eagerly awaited 10th studio album – The new album, entitled The Fall of Hearts is set for release on the 20th May 2016 through their long-time home of Peaceville Records.