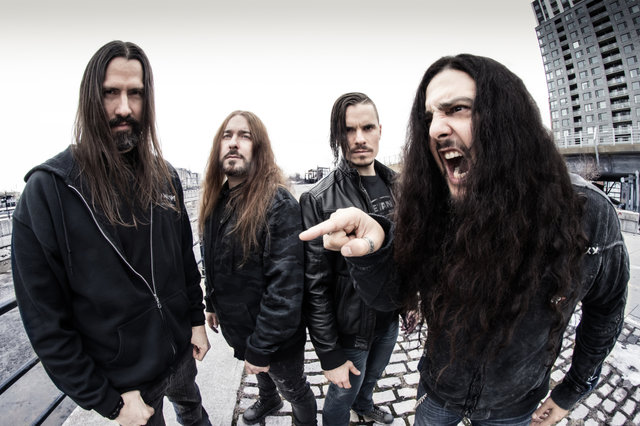 Montréal based melodic death metallers KATAKLYSM released their brand new studio album, Meditations, through Nuclear Blast Records. A gift to the fans is the bonus DVD of the new album. This live DVD was filmed in Munich, Germany on the A Moment In Time tour on October 21, 2017.

Today, the band release the official live clip of the song “The Resurrected”, taken from that DVD. Originally it was the 2nd song on the classic Album Serenity in Fire. Check it out:

The DVD features the performance of the bands 2 classic albums, Shadows & Dust and Serenity in Fire in their entirety. The concert was captured by several cameras and recorded live in front of a full house of fans from around the world. Mixed by the band’s guitarist J-F Dagenais, the feature also includes interviews with the band members about that very special tour and the new album Meditations.